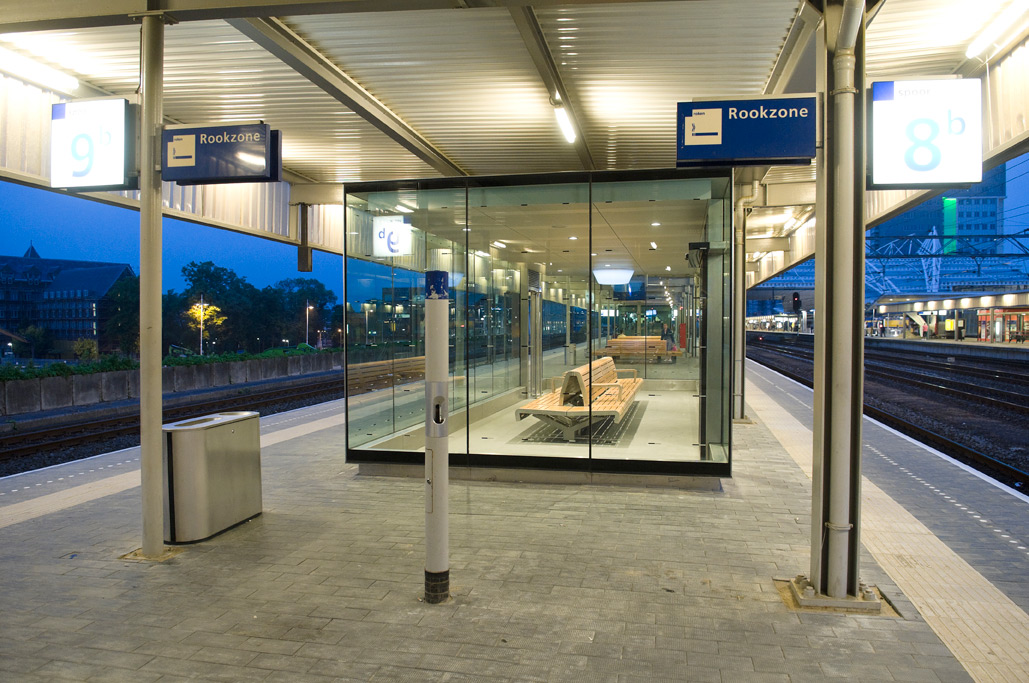 Prorail, the state-owned firm which runs the Dutch railway infrastructure, is planning to ban smoking at all railway stations, the company said on Wednesday.

Smoking has been banned on trains and in all but designated smoking zones since 2004, but these too are to be scrapped in the near future, the company said in a statement.

‘Since smoking was banned at stations, much has changed,’ Prorail said. ‘Smoking is banned in government buildings and in hotels and cafes and is also being eradicated close to schools and sports facilities… Research shows that support for smoke-free platforms has also gone up over the past 10 years.’

Prorail is now in talks with train operator NS about how the total ban can best be implemented. The FNV railway union FNV Spoor says that there should be a place where train drivers and conductors who smoke can continue to do so.

According to the Telegraaf, the transport and health ministries, and railway user lobby group Rover, also back a complete ban.

The paper says smoking will be a thing of the past at all 400 railway stations within two years.