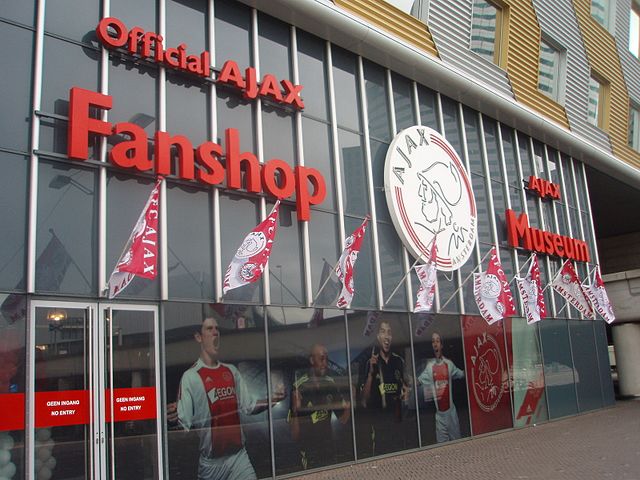 Photo: Mister No via Wikimedia Commons

Amsterdam football club Ajax will meet Greek team PAOK Saloniki in the third qualifying round for this season’s Champions League competition. The first match will take place on August 6 or 7 away, with the return home leg a week later.

The two sides last met three years ago, also in the third qualifying round, when Ajax progressed further in the competition. PAOK, like Ajax, was league champion last season.

PSV Eindhoven, runner up in last season’s Dutch league, first has to take on FC Basel and if that goes well, will meet Austria’s Linzer ASK.

If Ajax and PSV pass through the third qualifying round, they will then take part in the play-offs for a ticket to the group stage. Sides defeated in this round transfer to the  Europa League group stage

The most successful Ajax squad in recent years is now without two of its star players. Teenage captain Matthijs de Ligt has moved to Italian champions Juventus in a deal worth in the region of €70m while Frenkie de Jong has joined Barcelona for €75 mln.

But Hakim Ziyech, who has been linked to Arsenal and Bayern Munich, and Donny van der Beek, are still with the Amsterdammers.