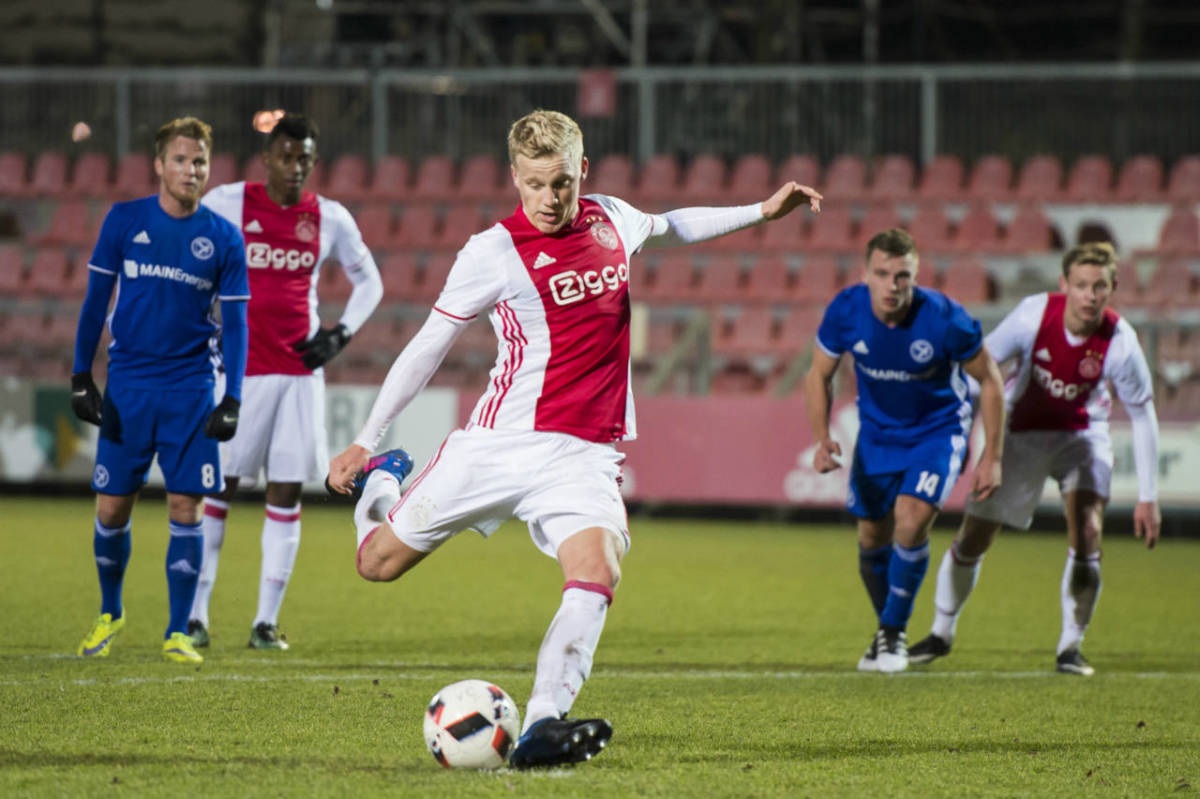 Real Madrid are reported to have entered the race to sign Donny van de Beek as the widely anticipated break-up of Ajax’s young team takes shape.

The Telegraaf said the Spanish giants were prepared to pay upwards of €50 million for the 22-year-old midfielder. Van de Beek scored four goals in last season’s Champions League campaign, including the opener in the semi-final against Tottenham Hotspur.

The Telegraaf said Van de Beek was a back-up option if Real fail to poach Paul Pogba from Manchester United. The club are looking to spend around €300 million on new players after they could only finish third in La Liga and lost 4-1 at home to Ajax in the Champions League.

Juventus have emerged as the front runners for captain Matthijs de Ligt’s signature, ahead of Paris Saint Germain and Barcelona. Sky Italia reported on Tuesday that the 19-year-old defender had agreed personal terms with the Italian champions, with Ajax demanding €75 million for his signature.

Midfielder Frenkie de Jong set the ball rolling in January when he agreed to join Barcelona at the end of the season for €75 mln.

Other stars expected to leave Amsterdam during the summer include Hakim Ziyech, who has been linked to Arsenal and Bayern Munich, and Brazilian striker David Neres, who is rumoured to be considering a move to Everton.

Ajax have also been investing in new players to replace the team that came within seconds of reaching the Champions League final. Dutch international Quincy Promes arrived this week from Sevilla for €15.7 million and director of football Marc Overmars is expected to make an approach this week for PSV’s Steven Bergwijn, according to the Telegraaf.