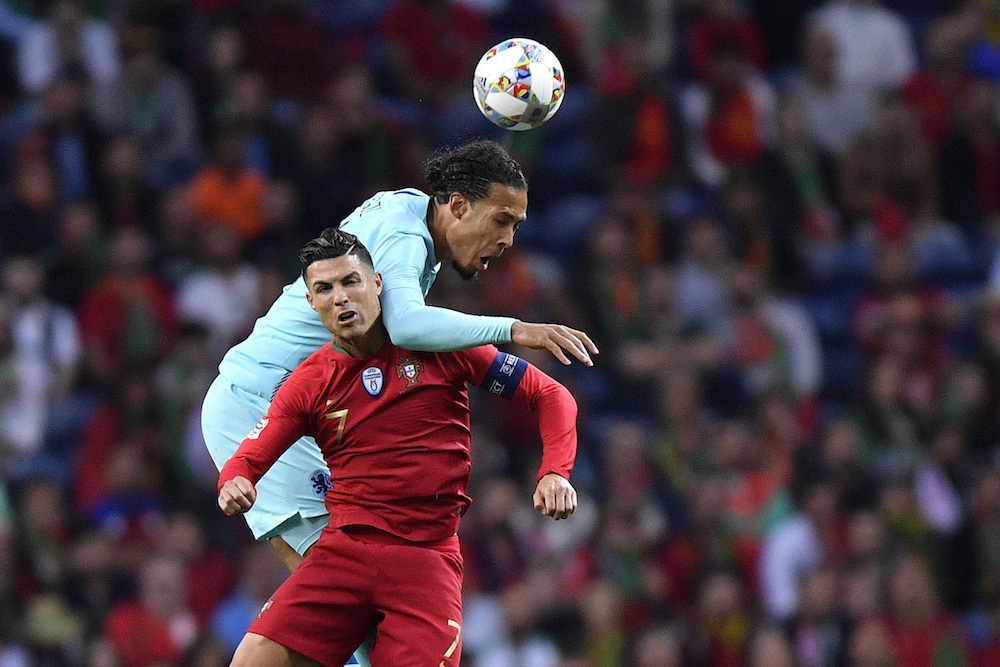 The Netherlands lost the inaugural final of the Nations League competition 1-0 to hosts Portugal on Sunday evening after Gonçalo Guedes put the only goal of the match away in the second half.

‘We didn’t get to see the dynamic, bold Dutch we’ve become accustomed to,’ said Uefa commentator Derek Brookman.  ‘Maybe the long season finally caught up with the players. The team, nonetheless, can be immensely proud of their progress.’

Despite the disappointment in the Dutch camp, captain Virgil van Dijk said the team is making ‘major advances’ as a group.

‘This will not get in the way of our development,’ Van Dijk told reporters after the game. ‘We are going forward and we will prepare for the European championships to the max.’

The Netherlands play their first qualification match in Hamburg against Germany on September 6, followed by Estonia on September 9.

‘I’m proud of the players and disappointed in the result,’ said coach Ronald Koeman. ‘The defence is good, the midfield is good, with a lot of choice. Now we need more at the front, with more creativity.’

Frenkie de Jong, who was given the award for young talent of the tournament said he felt Oranje had shown that they are back on the map. ‘We beat some big countries and we have built up experience,’ he said. ‘We now have to focus on qualifying for the European championships, but this will contribute.’