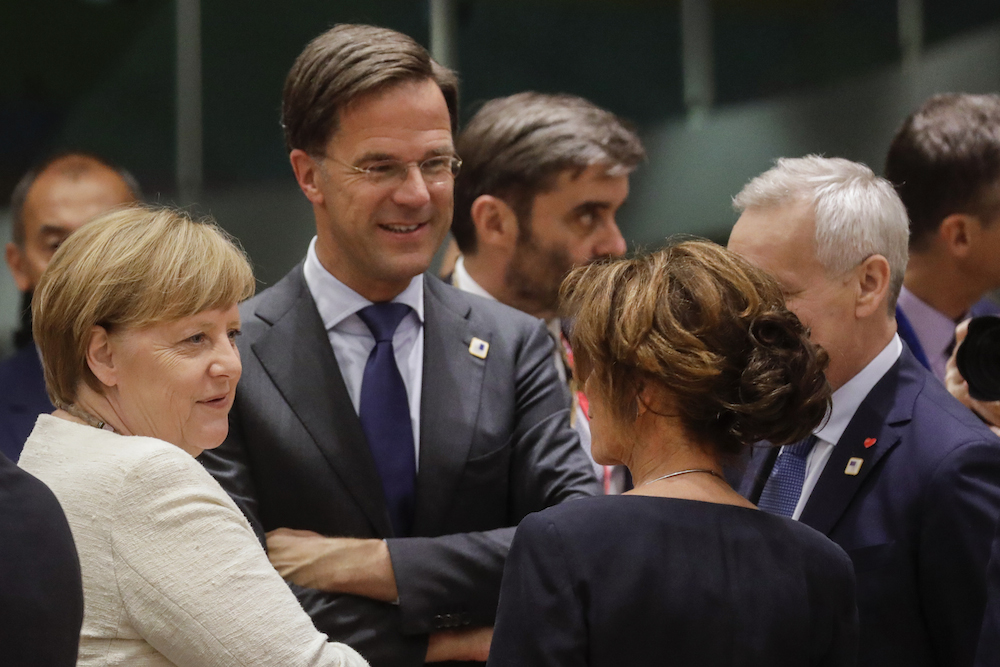 European leaders meeting in Brussels have failed to reach agreement on filling several top EU jobs and will meet again at the end of the month for a new attempt.

‘We did not make any progress,’ said Dutch prime minister Mark Rutte after the meeting. ‘There are no hopeful signs.’

EU president Donald Tusk also confirmed that there is no majority for any of the three candidates to take over as chairman of the EU Commission.

Rutte told website Euractiv that as a Liberal, he is behind Vestager.  ‘The Dutch government doesn’t have a position at present because there is no emerging candidate, but as a liberal I am supporting Margrethe (Vestager),’ Euractiv quoted Rutte as saying. The Dutch prime minister is negotiating on behalf of the European Liberal parties.