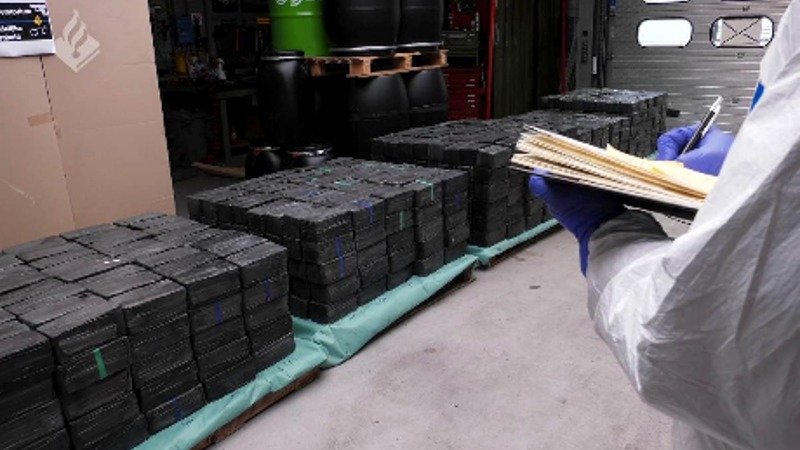 Part of the haul. Photo: Politie.nl

Police in Rotterdam have found 2.5 tonnes of the drug methamphetamine in a secret room at a warehouse, in what is thought to be the biggest seizure of its kind in Europe.

The drug, worth hundreds of millions of euros on the street, was discovered last week during a search of the warehouse, when police officers noticed a room was smaller than it should have been.

They found a fake wall across the length of the building and the drug, in black packaging, hidden behind it.

The investigation also led to the discovery of 17,500 litres of chemicals used to wash cocaine and make synthetic drugs at a lock-up in Utrecht, police said in a statement.

Last year police said that Dutch drugs gangs are moving increasingly into crystal meth production. The drug, which is highly addictive is not big in the Netherlands and the Rotterdam haul was probably destined for export, police said.

So far four meth labs have been dismantled in the Netherlands this year.