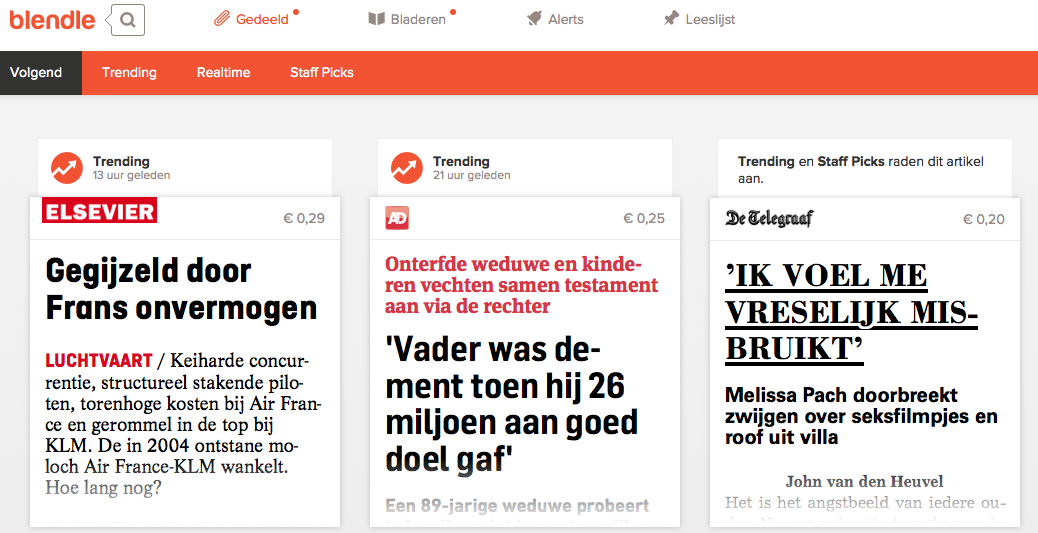 Dutch digital news aggregator Blendle is to stop selling individual news articles for ‘quarters’ and will focus instead on its premium subscription service.

Blendle launched in 2014 as an online news platform that collected articles from a variety of newspapers and magazines and sold them on a pay-per-article basis.

In 2017 the company launched its premium service which provides readers with pre-selected article suggestions and magazine access for €10 a month.

Blendle has attracted considerable outside investment since it was founded. Last year investors, BookSpot, a unit of Novamedia and the Danish entrepreneur Morten Strunge invested a combined €4m in the company.

The New York Times and Germany’s Axel Springer (Bild, Die Welt) invested €3m in 2015 while in 2017, Japan’s Nikkei, which owns the Financial Times, and the Amsterdam investment club Inkef put an undisclosed sum into the company.