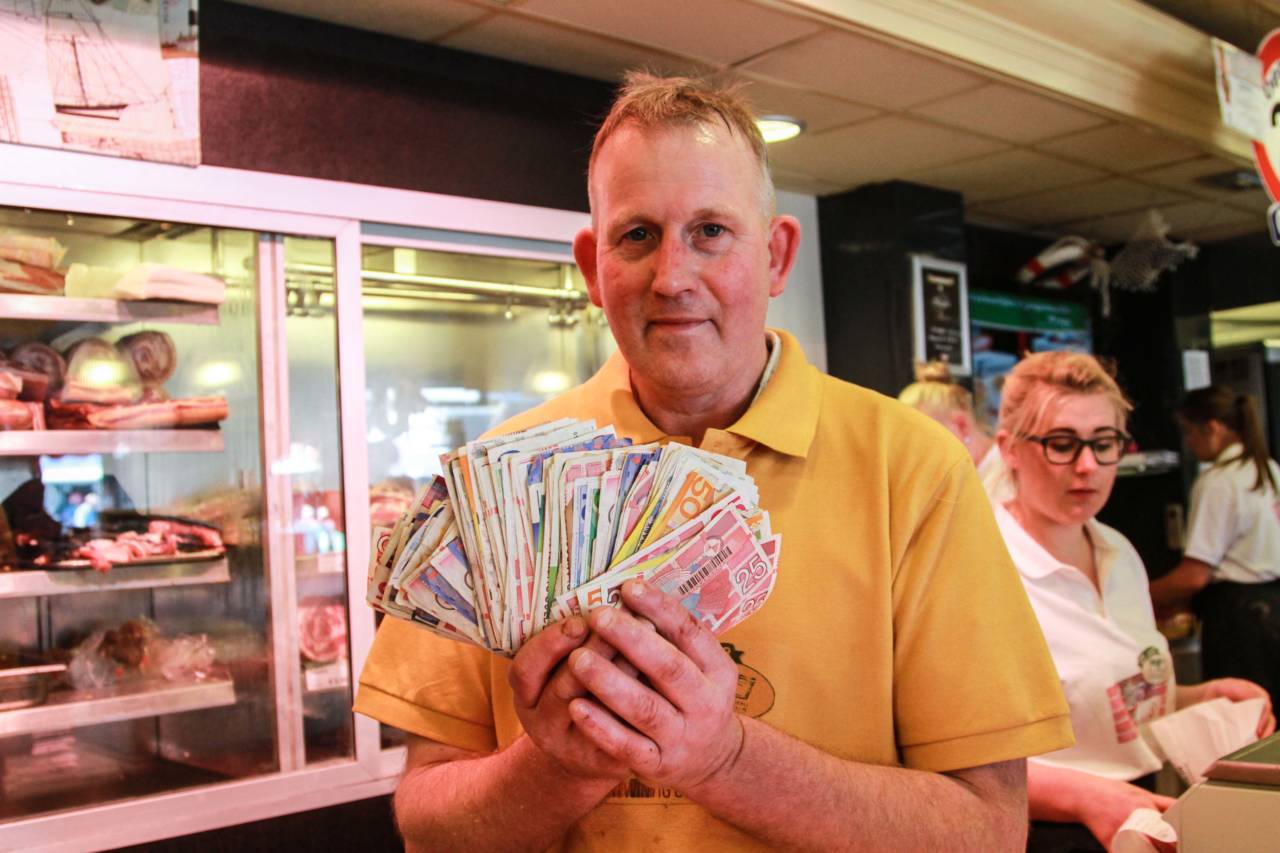 A Leeuwarden butcher who allowed his clients to pay with pre-euro currency to celebrate his shop’s 25th anniversary has found himself stuck with piles of guilder notes because the Dutch central bank is no longer accepting them.

‘It is really annoying, but at least we won’t forget the weekend,’ butcher Johannes Hoekstra told the AD. ‘I thought it was a fun idea and I did not really expect much to happen,’ he says. ‘But it is unbelievable what people have kept all these years.’

Customers were allowed to pay 1994 prices for their mince and sausages, bringing in some 7,000 guilders – the equivalent of €3,200.

Some of the notes accepted by Hoekstra’s staff never existed in reality, such as a brown 100 guilder note featuring Geert Wilders’ head. ‘It was hard to keep track at times, so I don’t blame my staff. I’ll keep the notes as a memory,’ he said.

Once the doors were closed and the cash counted, Hoekstra discovered that the central bank no longer accepts guilder notes from companies, just private individuals.

Now collectors and customers have heard about his predicament and have offered to buy the guilders from him. Hoekstra has not yet decided what to do. ‘If we’ve lost our money then that’s as may be,’ he said. ‘We’ve had a great weekend at any rate.’

Guilders were no longer legal tender in the Netherlands from January 1, 2002. In 2017, the central bank said it estimated some €455m is still in circulation.