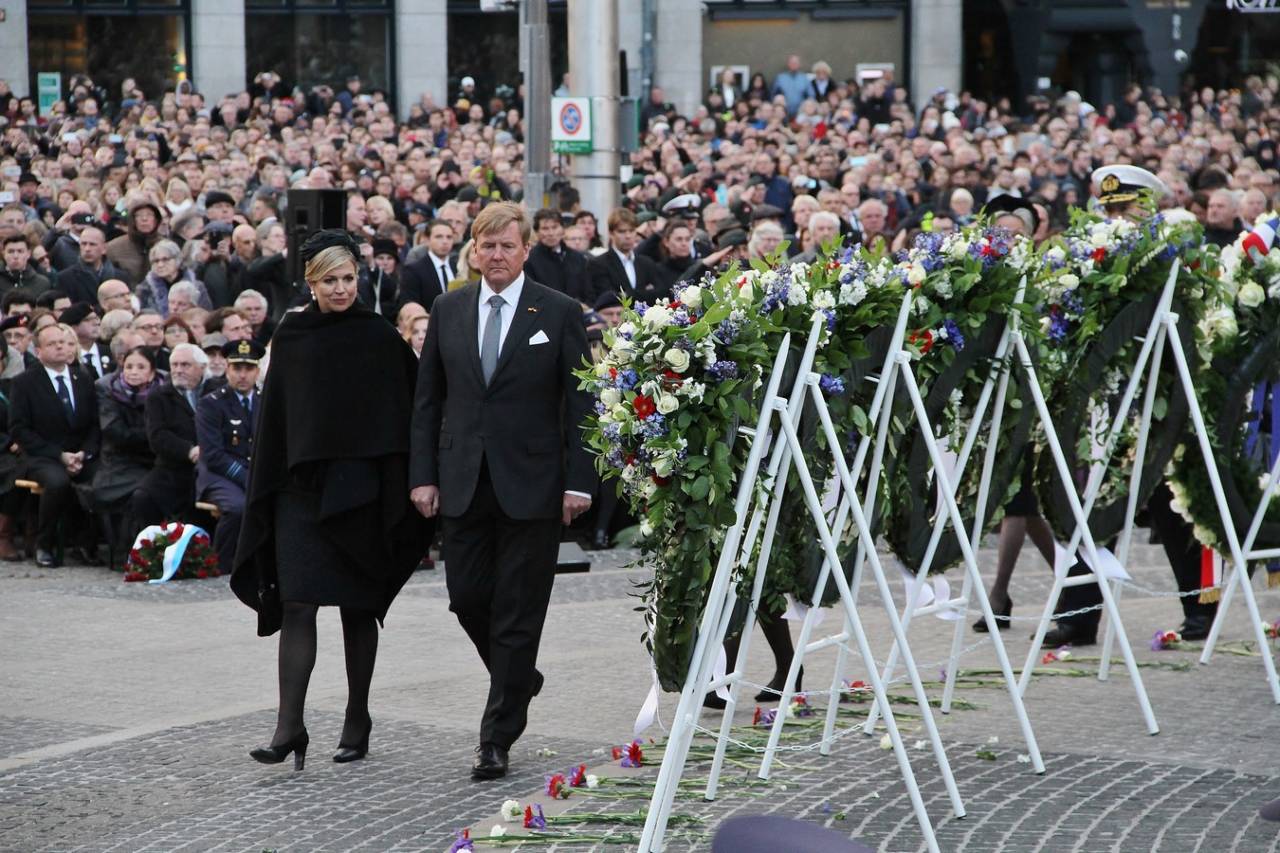 The king and queen walk past the wreathes at the end of the ceremony. Photo: Odi Busman

The Netherlands fell silent for two minutes at 8pm on Saturday night, as the Netherlands remembered the Dutch who died in World War II and in subsequent conflicts.

King Willem-Alexander and queen Maxima laid a wreathe at the war memorial in Amsterdam, along with survivors of WWII, members of the armed forces and family members of those who died.

Some 4.4 million people are thought to have watched the Amsterdam event live on television, with tens of thousands of others taking part in solemn ceremonies all over the country.

Then on Sunday, the Netherlands celebrates its liberation with festivals and events nationwide.

The celebrations started in Wageningen around midnight where the Liberation flame was lit and torches then taken by 1,300 runners in relay to other fires all over the country. Germany signed the capitulation documents in Wageningen on May 5, 1945. The south of the country had been liberated months earlier.

This year, Dutch scientist and writer Rosanne Hertzberger will give the traditional May 5 reading which ‘provides a moment of reflection on the vulnerability of freedom within the Netherlands but also elsewhere,’ the organising committee says.

This year’s festival ambassadors are Kraantje Pappie, singer Maan and dj Sam Feldt, who will visit all 14 events by helicopter.

The celebrations end with the traditional May 5 concert on the Amstel river in Amsterdam, which is broadcast live on television and will be attended by king Willem-Alexander and queen Máxima.