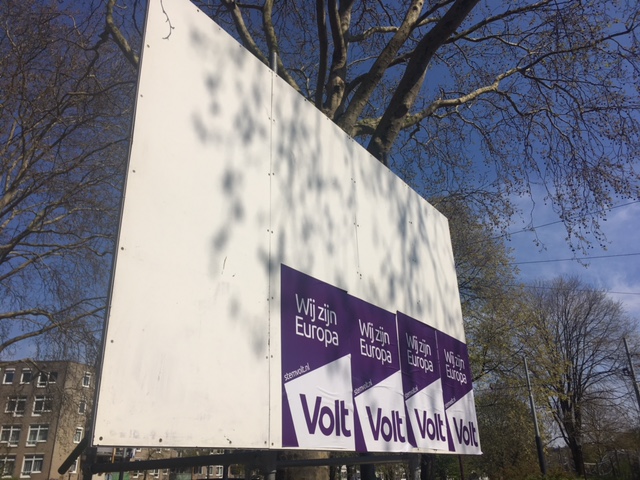 The eve of the European elections saw two television debates take place – one between the 12 main party campaign leaders and one between prime minister Mark Rutte and Forum voor Democratie leader Thierry Baudet.

The second debate between the two parties which are poised to do best in the polls was a first in modern Dutch political history and inevitably stole the limelight.

‘That the cock fights generated more excitement than the over-crowed chicken run was no surprise,’ NRC television critic Arjen Fortuin said in his review of the event.

The NRC’s more formal analyis seems to think the improvised head-to-head between prime-minister Rutte in talkshow Pauw was ill-advised. It headlines its report ‘Rutte gives Baudet the biggest imaginable stage in tv debate’, although, the paper says, both parties may profit from the encounter.

The paper says that under normal circumstances Rutte would have been the winner, superior on content and self-assurance, while Baudet became vague and hesitant.

‘But however difficult the debate may have been for Baudet, he is the winner in many respects. (..)  Baudet’s ideas, often from the world of identitarean right-wing sites such as 4chan and Breitbart, were sudden given a big stage on the most important talk show, in a debate against the prime minister, on the eve of the European elections’.

The Financieele Dagblad earlier called the encounter hosted by talk show Pauw, ‘a big gamble’ by Rutte. But in the end the debate between the prime-minister – accused by opponent Baudet of ‘never taking a political risk’ – was ‘high on cheers and short on content’, the paper said.

The ‘American-style’ debate had some redeeming moments, the paper said, because these showed ‘the fundamental differences in world view held by the two biggest parties of the Netherlands’. This was particularly true of  Nexit, which according to Rutte presents ‘a huge risk’. That was dismissed by Baudet as ‘fearmongering’.

The AD calls the debate between the two leaders ‘fiery and personal’ but said it held ‘little benefit to voters’ who were not in a position to check the truth of one-liners such as ‘the Netherlands would be fine without the euro’.

The debate did not have a winner, political commentator Hans van Soest said, as both leaders were primarily interested not in beating each other but in ‘reaching their own voters’.

Trouw asked the question if the debate, which started at 11pm, had been worth waiting up for.

‘The much-hyped duel between the prime minister and the right-wing rebel did deliver some of its promise,’ the paper said. ‘Mark Rutte showed himself to be a fact-driven political with years of experience. Thierry Baudet was the relaxed opponent who sometimes shot from the hip.’

RTL’s analyst Frits Wester described the debate as ‘tough’, and said it highlighted two completely different views of the world.

‘This debate between two parties on the right could be crucial in determining which party emerges as the biggest,’ Wester said. ‘And the same time,  we cannot rule out  that a third party, such as the PvdA, will benefit most.’