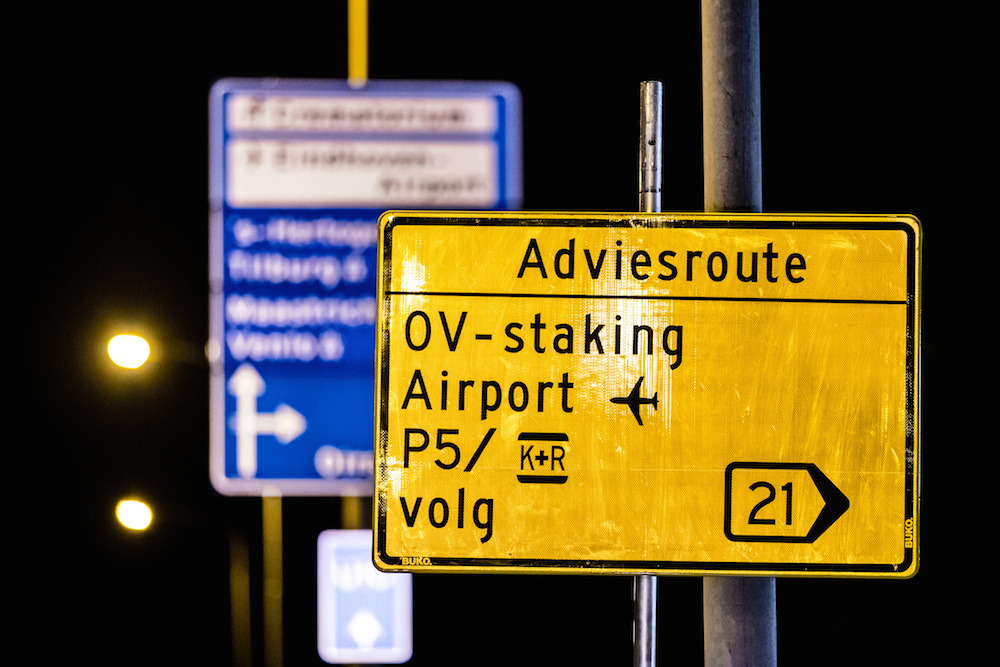 A strike by public transport workers on Tuesday has led to long traffic jams as commuters turn to cars and taxis instead to get to work.

By 8 am there were 520 kilometres of slow-moving vehicles on the Dutch roads, and traffic had ground to halt around Alkmaar and Rotterdam, motoring organisation ANWB said.

Hashtags such as #meerijden and #liftaangeboden have become popular as people seek to share rides. And in Amsterdam officials have opened the IJ tunnel to bikes and mopeds, because there are no ferries over the IJ.

Regional bus services and the metro in Rotterdam and Amsterdam have also been halted by the strike, which will run until midnight.

There are, however, very limited train services between Amsterdam’s central station and Schiphol airport – ordered by a court on Sunday to stop unsafe situations developing.

Dutch flag carrier KLM said it is allowing some passengers to change their flights free of charge if they risk getting caught up in the strike. ‘We only advise you to come to the airport if strictly necessary,’ the airline said. ‘If you can, change or delay your travel plans.’

Some universities and colleges, including Amsterdam and Utrecht universities, have changed the dates of exams planned for Tuesday because of the strike. ‘Many students these days have to travel to university and without public transport it will be very complicated,’ a UvA spokesman said.

The strike is part of a campaign to have the state pension age frozen at 66 and to ensure pensions rise in line with inflation.