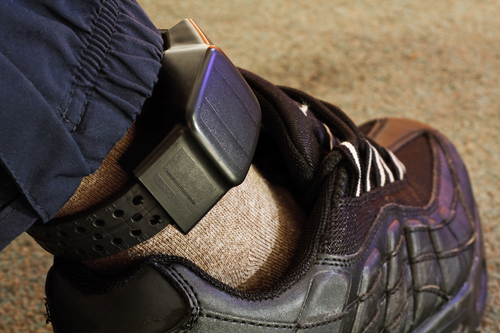 Dozens of convicted criminals who wear electronic tagging devices so their movements can be tracked were picked up as a preventative measure on Thursday evening because of a software problem, the AD said on Friday.

Officials have not said how many people have been taken into custody but that in some cases they had ‘no choice’ other than to lock them up.

The problem emerged on Thursday night after a number of wearers ‘disappeared’ and were no longer under surveillance at the monitoring centre. The problem, the justice ministry said, was due to a software update and that the technical problem has now been solved.

‘We are working hard to make sure the system is 100% stable,’ a spokesman said. The people who have been taken into custody remain under lock and key. Their number includes several terrorism suspects, a source told the AD.

Some 700 people in the Netherlands wear an electronic tag at any given time. If the wearer removes the tag or goes into an area where he or she are banned, an alert is sounded at the monitoring system. The communication between tag and control centre was disrupted by the IT problems, the AD said.