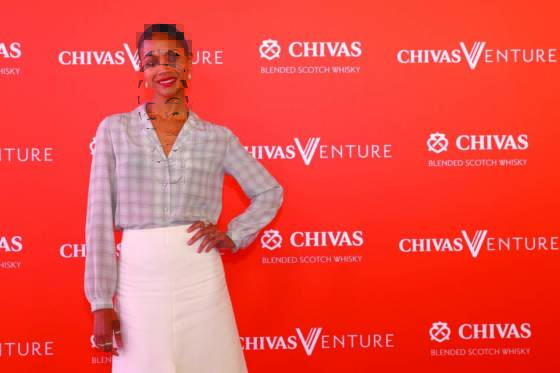 The Avengers actress Zoe Saldana made an appeal for countries across the world to elect better leaders at an event in Amsterdam on Thursday night.

Saldana, one of the judges at the $1m Chivas Venture awards for socially responsible business, criticised the leadership of American president Donald Trump but said the onus was on voters to elect ‘better leaders’.

‘It is very easy to look at what we have right now in the White House and kind of go “What is that doing there?” she said. ‘Well, we put it there, and we have to own that, and find a way not to let that happen again. This is a really low blow for my own country.’

The actress was criticised in 2017 for suggesting that Trump’s victory was because ‘we got cocky and became arrogant and we also became bullies’, saying the Republican was insulted during his election campaign.

Now, though, she has made her political opinions clearer at a press conference for the Chivas Venture, which invests in start-ups that aim to do good.

‘I’m coming from a nation where the majority of people elected leaders on the promise of cutting their taxes versus saving the environment or putting more funding into public education,’ said Saldana.

‘We need to always remember that our government leaders work for us, we employ them, therefore it is on us to contradict and through healthy discourse set our differences aside and amplify one cause for a greater good, especially if it benefits our younger generations…It’s electing better leaders that represent the best interests of the people.’

The winner of the awards was Xilinat, a Mexican company making a natural sugar substitute from agricultural waste. Last year, Saldana launched a digital media platform called Beze, which aims to shine a light on ‘the untold stories that reflect today’s America.’