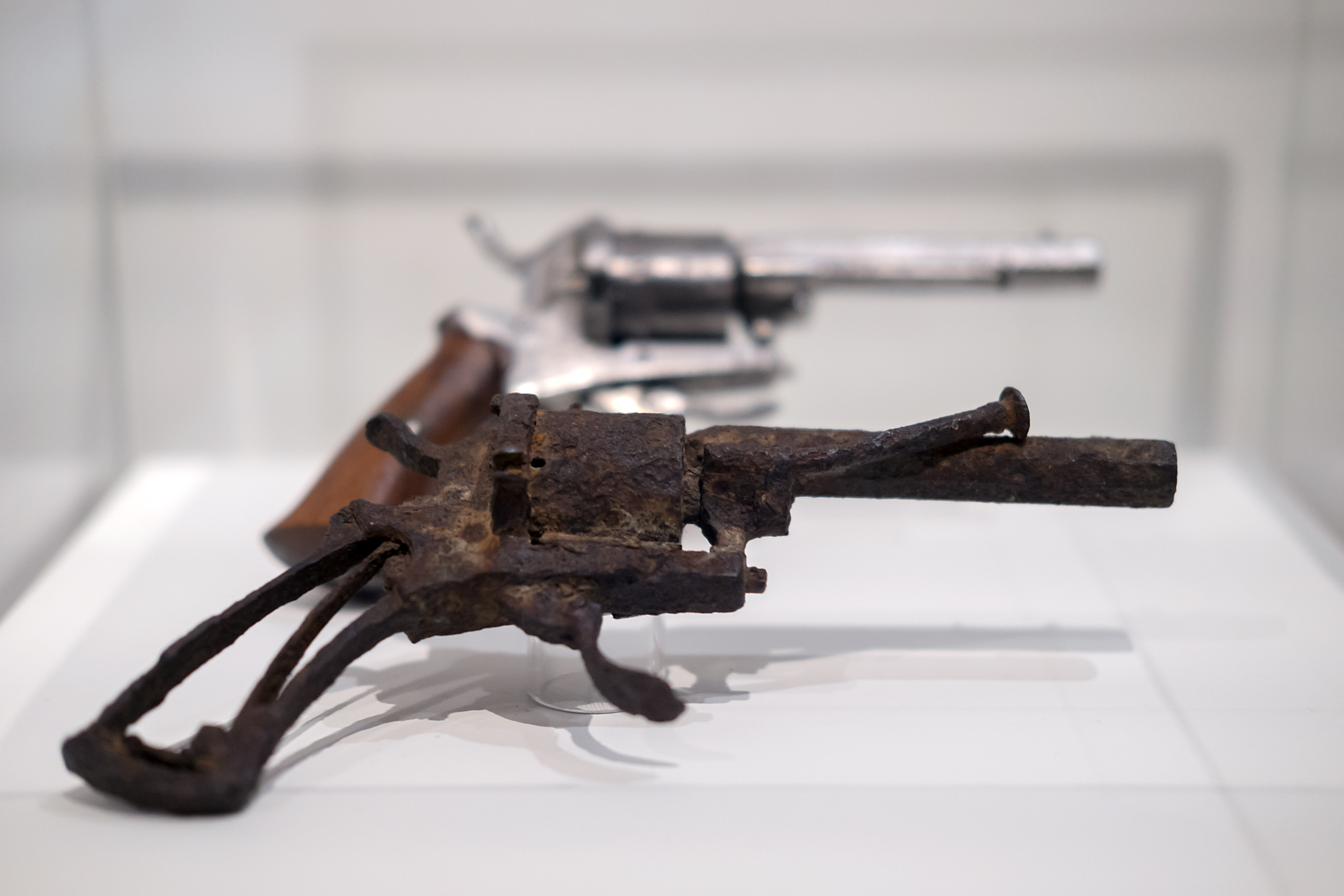 The gun that Vincent van Gogh is thought to have used to kill himself is going under the hammer in Paris on June 19, broadcaster NOS  reports.

The weapon, a Lefauchaux, was found in 1965 by a farmer in the field where the painter allegedly shot himself on July 1890 in Auvers-sur-Oise. It was handed to the owner of the inn where Van Gogh lodged at the time and where he died from his injuries two days later.

The gun stayed in the family and was exhibited for the first time at the Van Gogh museum in 2016 in the exhibition Dichtbij de waanzin (close to madness).

Experts say it will never be certain if this was the weapon Van Gogh used but that the bullet is of the same 7mm calibre as the one retrieved from his body.

The safety catch was off which means it had been used. Analysis of the weapon by auction house Auction Art also showed it could have been in the ground for the period between 1890 and 1965.

If Van Gogh did use this gun to kill himself with – American researchers put forward a theory in 2011 that the artists had been shot by teens playing with a gun – he did not choose the right weapon for the deed.

‘It was the type of gun people kept in a drawer to frighten burglars’, gun experts told the broadcaster at the time. ‘A heavier calibre would have killed him instantly but in the event the bullet hit a rib and ended up lodged in his stomach.’