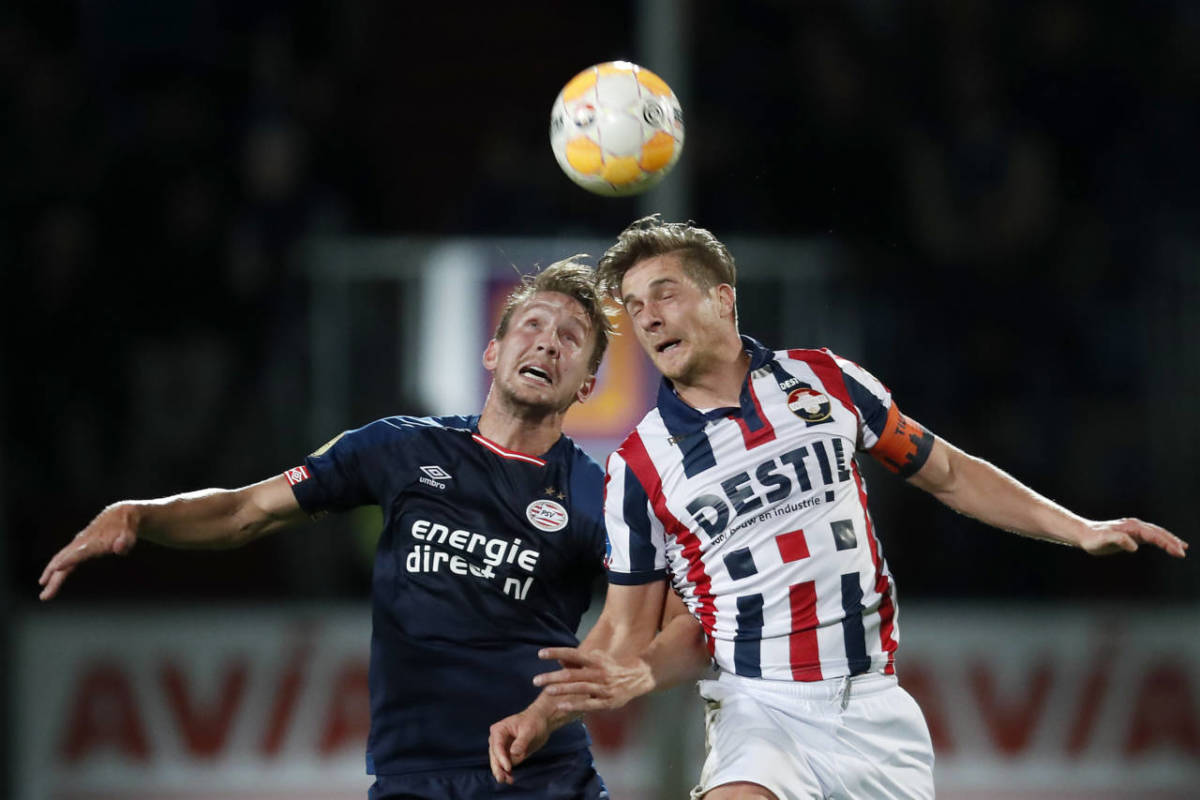 PSV Eindhoven and Ajax are level on points with two games to go in the Eredivisie season after the Eindhoven side coasted to a 3-0 win at Willem II.

Goals from Donyell Malin and Michael Sadílek put Mark van Bommel’s side in control at half-time before Steven Bergwijn added the third after 65 minutes. The only worrying moment for PSV came seven minutes before the end when striker Hirving Lozano was stretchered off with a suspected knee injury.

Ajax remain in pole position following their 4-2 win at home to Vitesse Arnhem on Tuesday night, in a match which saw them take their goal tally for the season to an unprecedented 160 in all competitions. AZ Alkmaar set the previous record in the 1980/81 season.

The results mean the title race will go to the final round of matches on May 15, although Ajax’s superior goal difference means they will almost certainly be crowned champions if they beat Utrecht at home and De Graafschap away. PSV’s remaining fixtures are at AZ and at home to Heracles Almelo.

Feyenoord are guaranteed third spot and a place in next season’s Europa League competition after they beat bottom club NAC Breda on Wednesday. NAC still have faint hopes of avoiding the drop after fellow strugglers Excelsior lost 3-1 at ADO Den Haag.

De Graafschap’s hopes of survival were boosted when they beat relegation rivals Emmen 1-0 on Tuesday, with Fabian Serrarens scoring the decisive goal in the 12th minute. Emmen are still three points ahead of their hosts, with Excelsior two points further back.

The only other club who can realistically still be drawn into the relegation play-offs are Fortuna Sittard, who went down 2-1 to Utrecht. The result meant Dick Advocaat’s side overtook Heracles, who lost by the same score to AZ, in the battle for the Europa League play-offs.

Heerenveen and VVV Venlo, two clubs with nothing left to play for, shared the points in a 2-2 draw that was most notable for a last-minute leveller by VVV’s Sem Steijn, the 17-year-old son of coach Maurice Steijn. ‘It was a great moment and extra nice to see your son score the equaliser,’ said the proud father afterwards.

Groningen and PEC Zwolle will play the last 33 minutes of their match on Monday after Wednesday night’s game was abandoned because of a thunderstorm. Referee Martin van der Kerkhof ordered the players off the field for safety reasons and said later: ‘The forecast indicated we wouldn’t have been able to continue before 11pm. That is too late.’

Groningen will start with a 2-1 lead and can move up to eighth place, two points outside the play-off zone, if they hold on to it.