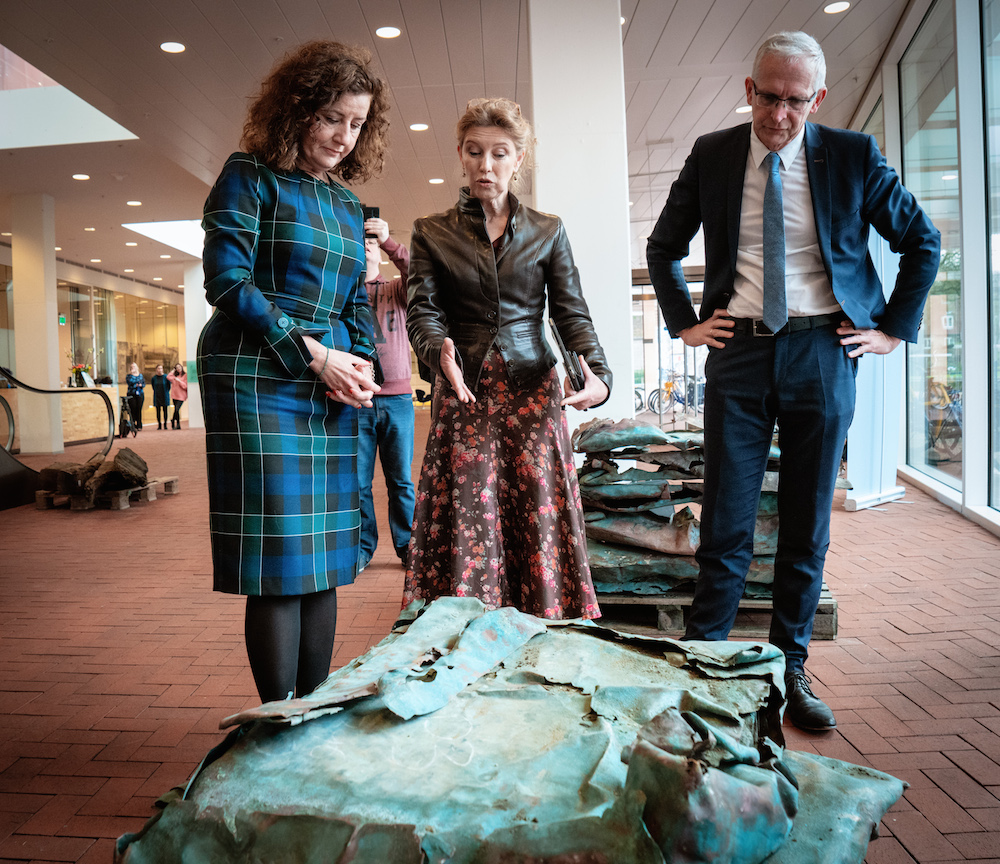 A clean-up operation to retrieve some of the containers blown off the MSC Zoe in February from the bottom of the North Sea has revealed the remains of a 16th century ship, Nu.nl reports.

The find, which was made public by culture minister Ingrid van Engelshoven on Wednesday, came to light when the salvage company fished out a number copper plates which they initially thought had been part of the contents of one of the containers.

When their second haul contained a number of oak beams they called in marine archaeologists.

The beams turned out to be made from trees cut down in 1536 while the copper plates were used to make copper coins which were later used by merchants in the Golden Age.

The plates were found to be carrying the mark of the influential German Fugger banking and merchant family which dominated European business life in the 15th and 16th centuries. Archaeologists said it is the oldest copper cargo ever found in the Netherlands.

The ship measures some 7.5 meters across and 25 to 30 meters in length. ‘It has a flat bottom so it could carry big loads,’ maritime archaeologist Alice Overmeer told Nu.nl. ‘It is the type of ship that was built in the northern Netherlands.’

Research into the wreck will continue during the summer.

Some 345 containers were lost during the February storm on the North Sea with goods littering the beaches of the Wadden islands for weeks. Minister Van Engelshoven called the accidental discovery of the wreck ‘a silver lining’.