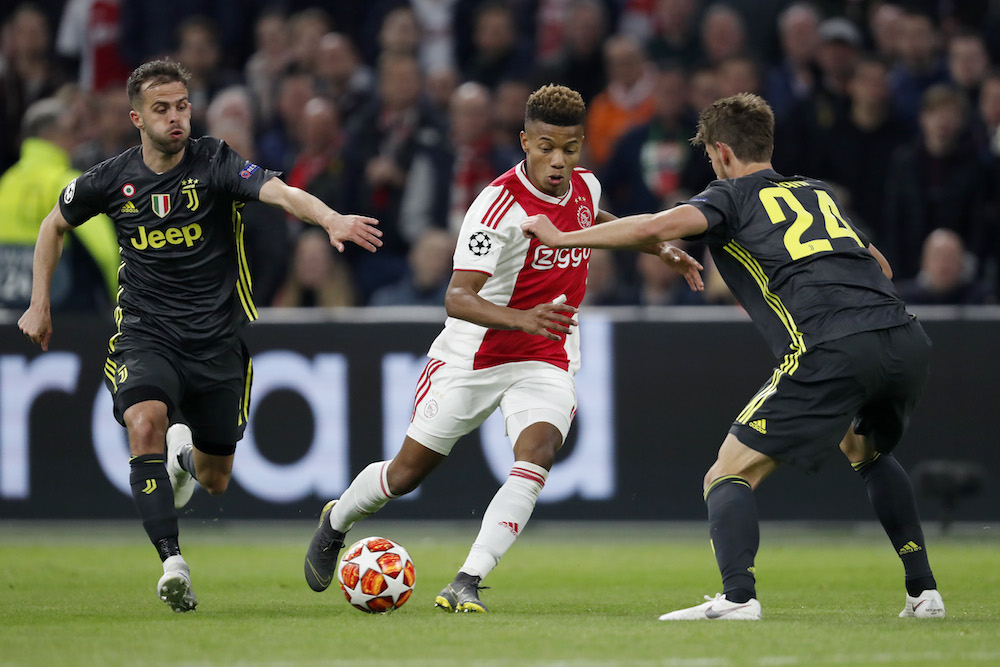 David Neres in action during the game. Photo: VI via HH

An early second half goal by David Neres goal cancelled Cristiano Ronaldo’s first half header to leave the Amsterdammers in a fighting position ahead of the return tie in Turin next week.

‘The Amsterdammers were more than a match for the record Italian champions, and with a little more accuracy in their finishing could have recorded a victory,’ the Uefa website said.

The Dutch papers were also full of praise for Ajax performance, describing the match as ‘thrilling’ and ‘spellbinding’.

‘If we want to make the semi-finals, we are going to have to play another powerful match,’ coach Erik ten Hag told Dutch media after the game. ‘But if we go there [to Turin] believing in ourselves, then it could happen.’

‘The outcome is not as I had hoped, but it is not bad,’ said midfielder Frenkie de Jong. ‘If we play away with the guts and courage we showed in Madrid, then we are definitely in with a chance.’

The draw also means that the Netherlands is once again in 11th place on the Uefa European rankings – and that is good news for next season’s Eredivisie champion.

The 11th place means next season’s winner will qualify directly for the Champions League competition. Both PSV and Ajax, still battling out for this year’s title, had to go through qualifying rounds for this year’s championships.

Before the match itself, dozens of supporters were arrested after clashes with police in Amsterdam and at the ground itself.

Several Juventus fans were picked up after police found them to be armed with collapsible batons, pepper spray, a hammer and a knife.

The first group were arrested at the Weesperplein metro station, the second were picked up an hour later outside the Johan Cruijff arena ahead of the match itself.

Police have not yet said how many arrests were made in total, or where the supporters came from.