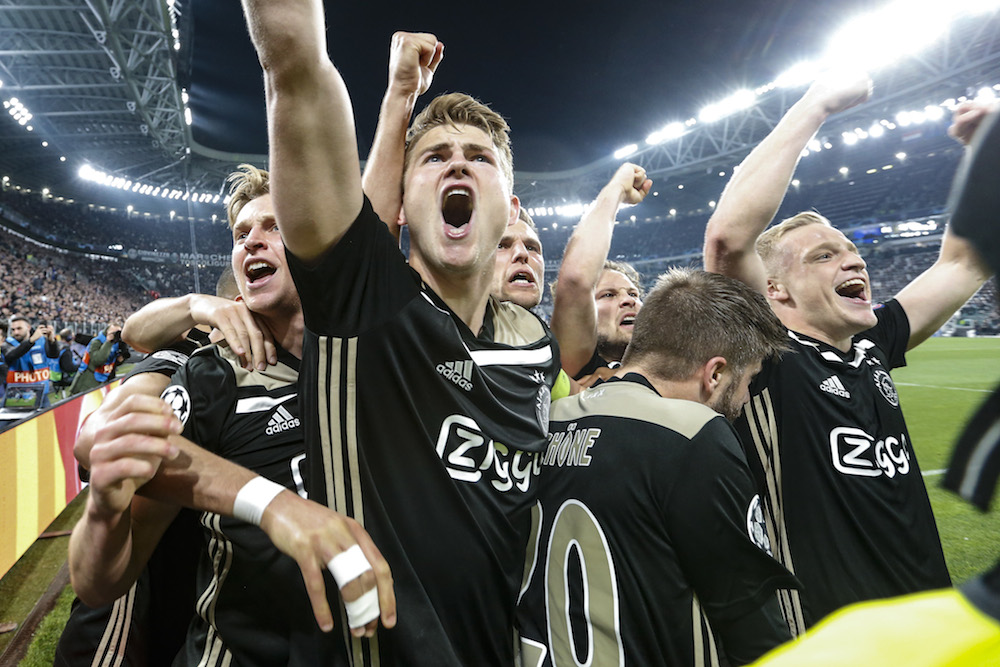 Amsterdam football club Ajax has reached the semi-finals of the Champions League for the first time in 22 years by beating Juventus 1-2  in the second leg of their quarter final tie.

Ajax, who had to go through three qualification rounds to make the main tournament, held Juventus to a home draw last week.

After a header by Ronaldo gave Juventus an early lead, Donny de Beek equalised for the visitors before the break and Ajax’ 19-year-old captain Matthijs de Ligt made it 1-2 in the 67th minute.

Ajax earlier put out Real Madrid with an away win to clinch their quarter final spot.

‘It’s not a good way for a reporter to be, but I have to say I’m almost lost for words,’ Uefa reporter Derek Brookman said after the game. ‘You’d have to have a heart of stone not to warm to performances like this. With the emphasis on attacking combination football, this young side is a joy to behold.’

Matthijs de Ligt  told Dutch television after the game: ‘Can we can go on to win the competition? Well, we are in the semi-finals now. And we have eliminated two of the favourites in the last two rounds. The next games will be very difficult, but so were these ones. So who knows?’

Ajax will take on either Tottenham Hotspur or Manchester City in their quest for a place in the final.