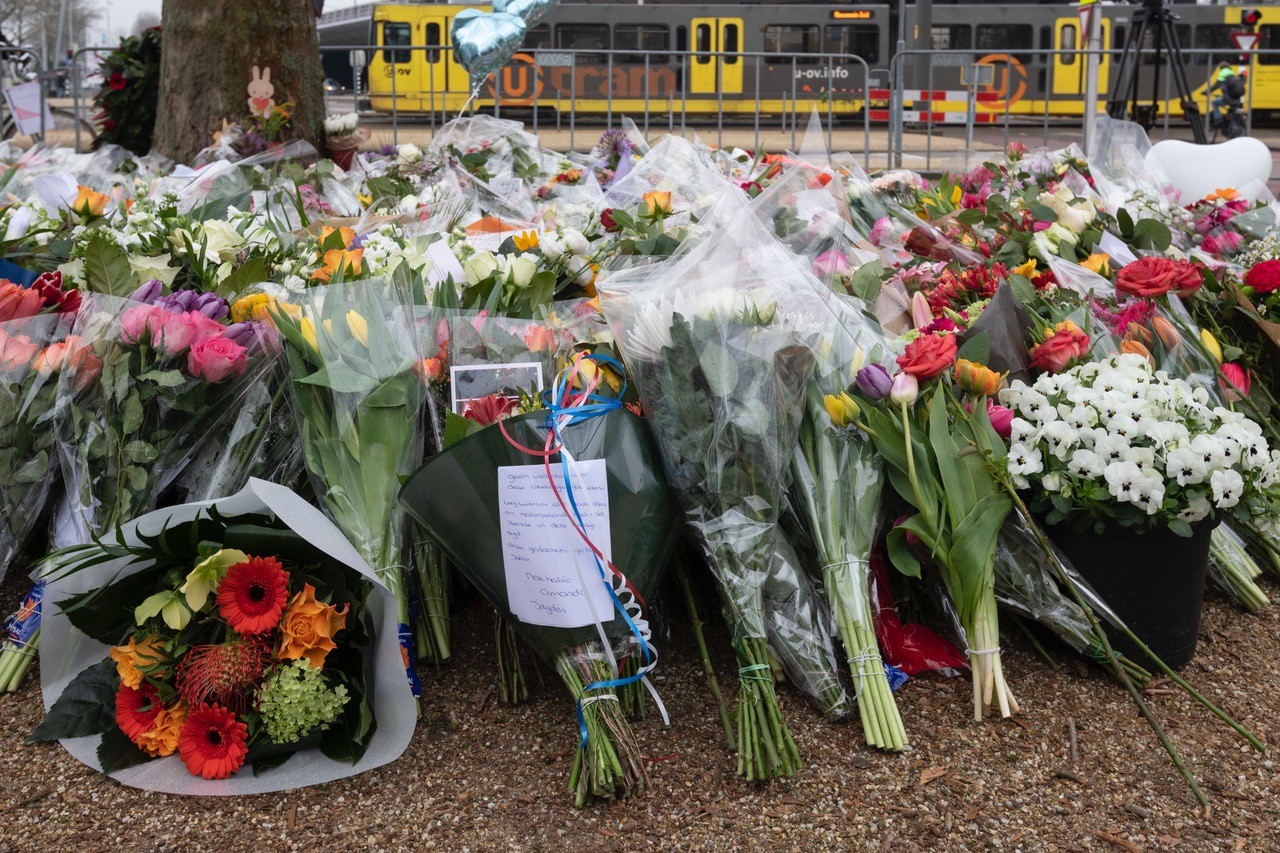 Flowers at the scene of the shooting. Photo: politie.nl

One of the three people seriously injured in last week’s tram shooting in Utrecht has died, taking the death toll to four.

The victim, a 74-year-old man from De Meern, was suffering from ‘indescribable pain’, his son said on Facebook.

‘What this man has had to go through for the past 11 days is terrible,’ the message said. ‘He has had so much pain, it was indescribable. Today we released him from that pain, as difficult as it was for us.’

One woman, a 20-year-old from Utrecht, remains in hospital with serious injuries. A third woman, 21, was released from hospital last week.

The statement did not say if Tanis, 37, had admitted there was a terrorist motive for his crime, as police believe. Tanis has a history of petty crime and had been released from jail on licence pending a trial for rape less than three weeks before the shooting.