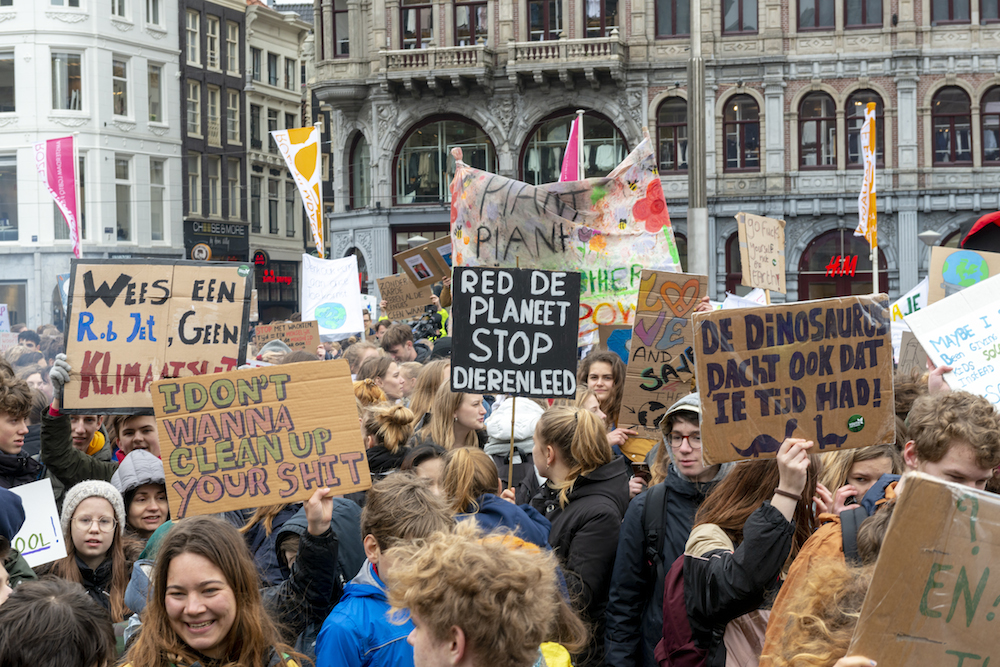 Several thousand Dutch school pupils skipped school on Thursday to take part in a second march for the climate, this time in Amsterdam.

The first demonstration in The Hague attracted a crowd of around 10,000 police said at the time. On Thursday 5,000 to 6,000 youngsters took part.

On Wednesday two government agencies published figures showing that targets for cutting greenhouse gases are unlikely to be met by 2030, and the cabinet said it was now considering bringing in a carbon tax for heavy industry.

‘It is important that the government does enough, and that is what we are demonstrating for,’ one pupil told broadcaster NOS.

The march organisers plan to hold a third rally on May 24, during a European-wide day of action on climate change.