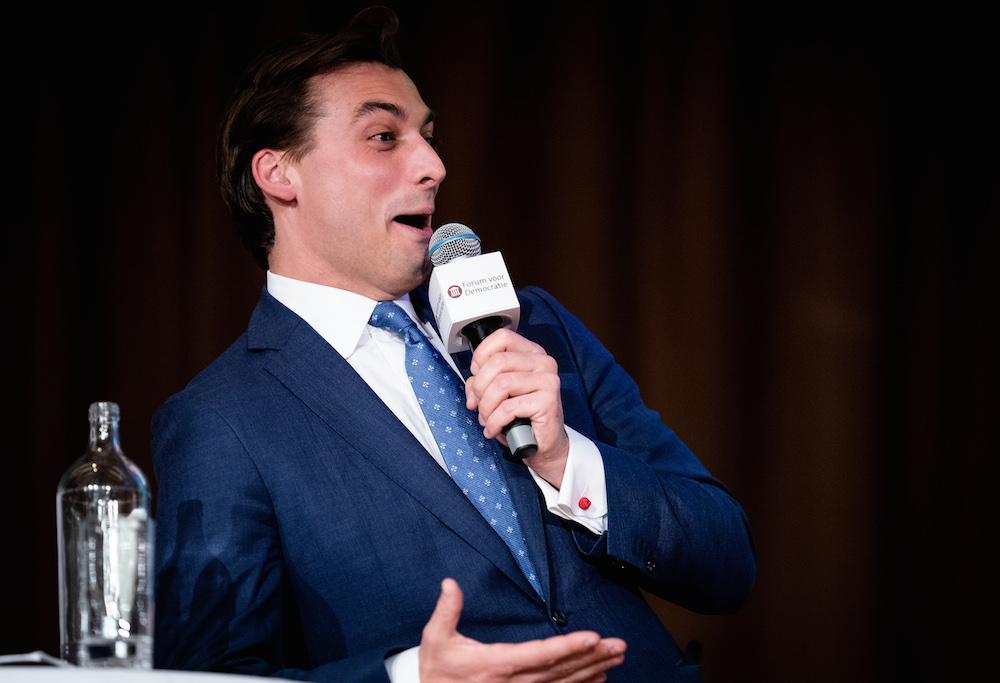 With most of the votes counted in Wednesday’s provincial elections, Thierry Baudet’s right-wing nationalist Forum voor Democratie appears to have won most votes and will take 13 seats in the senate in May.

Forum, which is pro Nexit and does not believe in climate change, campaigned on national issues and did not draw up detailed policies for any of the 12 provinces it will now be represented in. Nor, in some provinces, did it field enough candidates.

The four coalition parties will now control 31 of the 75 seats in the senate and will need the support of a fifth party to pass controversial legislation. Forum, Labour and Groenlinks, which almost doubled its support, could all fulfill that role.

Big losers of the night were Geert Wilders’ anti-immigration PVV which is on target to lose four of its nine senate seats, and the Socialists which will sink from nine to four.

Wilders, whose support has been declining for years and has fallen 40% in the provinces, described his party’s losses as ‘limited’. ‘Six seats is not nothing,’ he said, adding that that the ‘unique PVV voice’ will continue to heard in the senate.

Turnout was up sharply on the last provincial vote, with some 56% of people casting their vote. It was highest (60%) in Zeeland and Utrecht.

Check out the results in your area on the NOS interactive map.