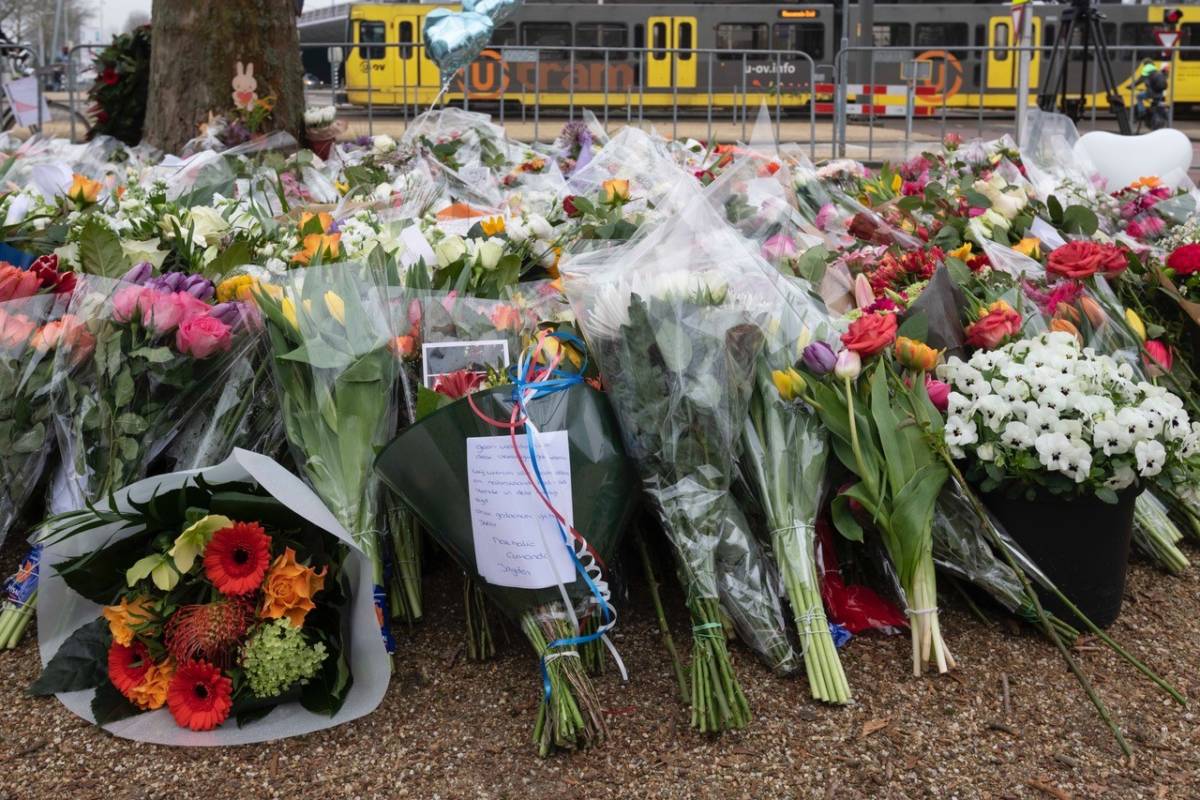 Flowers at the scene of the shooting. Photo: politie.nl

Dozens of people have gathered at the 24 Oktoberplein in Utrecht exactly one week after a man shot dead three people and injured several others on board a tram.

Residents and people working in the neighbourhood of Kanaleneiland laid wreaths and observed two minutes’ silence, followed by a rendition of Amazing Grace.

One woman told NOS: ‘It was an initiative by the neighbourhood where residents and organisations in the area wanted to share a private moment and reflect on what happened last Monday.’

On Friday around 16,000 people took part in a silent march from the city’s main railway station to the site of the shooting a short distance away. Mayor Jan van Zanen addressed the crowd, while prime minister Mark Rutte and justice minister Ferd Grapperhaus also attended.

The gunman, 37-year-old Gökmen Tanis, has confessed to the crime, the public prosecution service said after he appeared in court on Friday. Prosecutors did not disclose if he admitted having a terrorist motive, but police say a note he left behind in a stolen car suggest he had jihadist leanings.

Tanis has an extensive criminal record and was released from jail three weeks ago on licence after being charged with for rape. He is due to undergo a psychiatric examination and police have not ruled out personal issues playing a role in the shooting.

Three people were seriously injured in Monday’s shooting in addition to the three who died. The number of people who suffered lesser injuries has not been released.

Police have asked anybody who lives or works in the area and has camera images from the time of the incident to upload them via http://bit.ly/2TRj0Fy to help with their investigation.