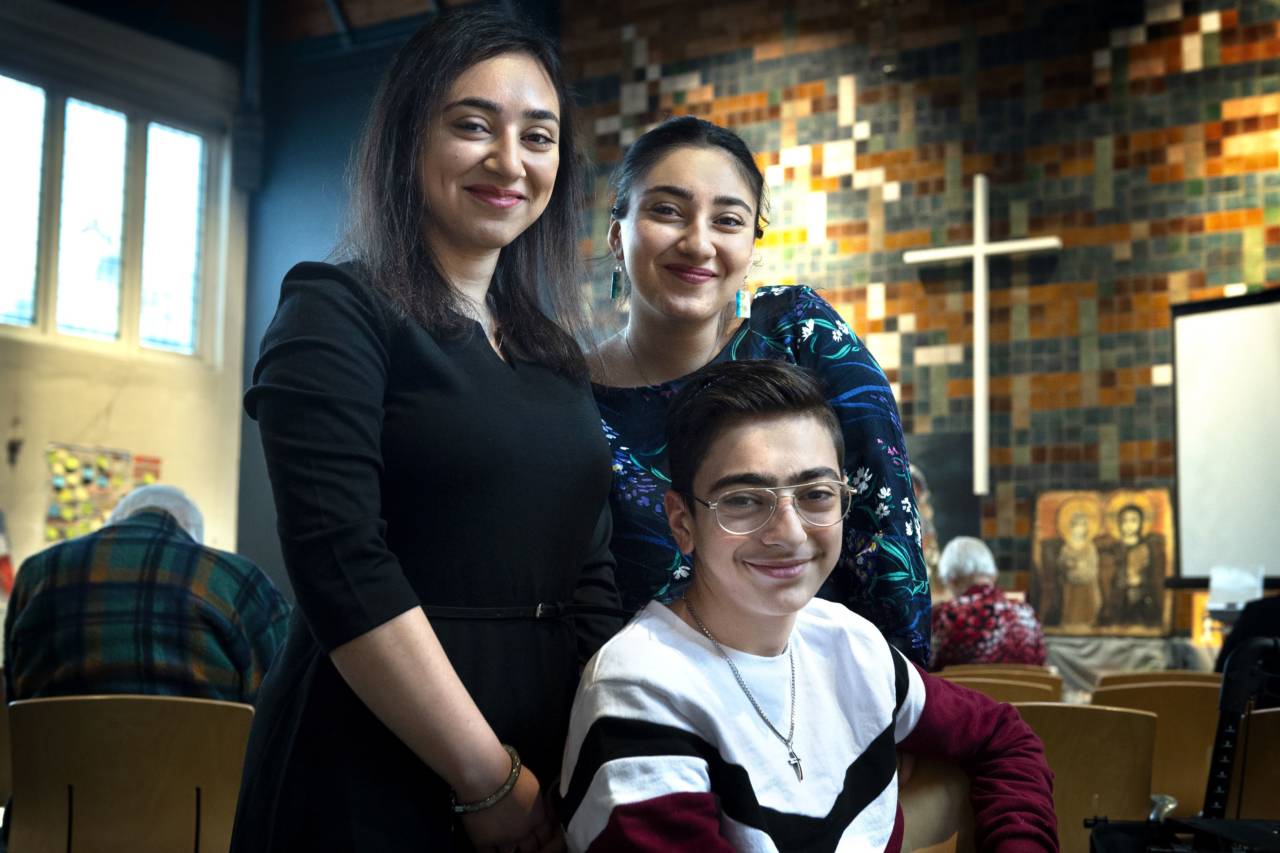 An Armenian refugee family who went into hiding in a Dutch church to avoid deportation have been granted a residency permit after all.

The Tamrazyans, a family of five, have received a residence permit from the Dutch government, the church said on Tuesday.

The Bethel church in The Hague had staged round the clock services to protect the family from deportation after their last appeal for residency had been rejected.

‘Thank you all for your support, your prayers, your candles,’ daughter Hayarpi  said on Twitter.

In December, junior justice minister Mark Harbers said he would not use his discretion to allow the family to stay. The reason for the change of heart is unclear but is likely to be connected to the government’s decision to change the rules on asylum for well-rooted children after a u-turn by several coalition parties earlier this year.

Some 650 volunteers were involved in keeping the service going round the clock and CNN, the New York Times and Time magazine were among the dozens of news organisations worldwide covering the progress of the family.

The service stopped after 96 days in January, after the government brought in the new rules.

The Tamrazyan family – mother, father and three children – lived at a refugee centre in Katwijk before moving into the church and have been in the Netherlands for nine years.

Hayarpi, who studies econometrics at Tilburg University, said in a Twitter message in September that her family was granted refugee status at three separate court hearings but that the Dutch state went to appeal each time.