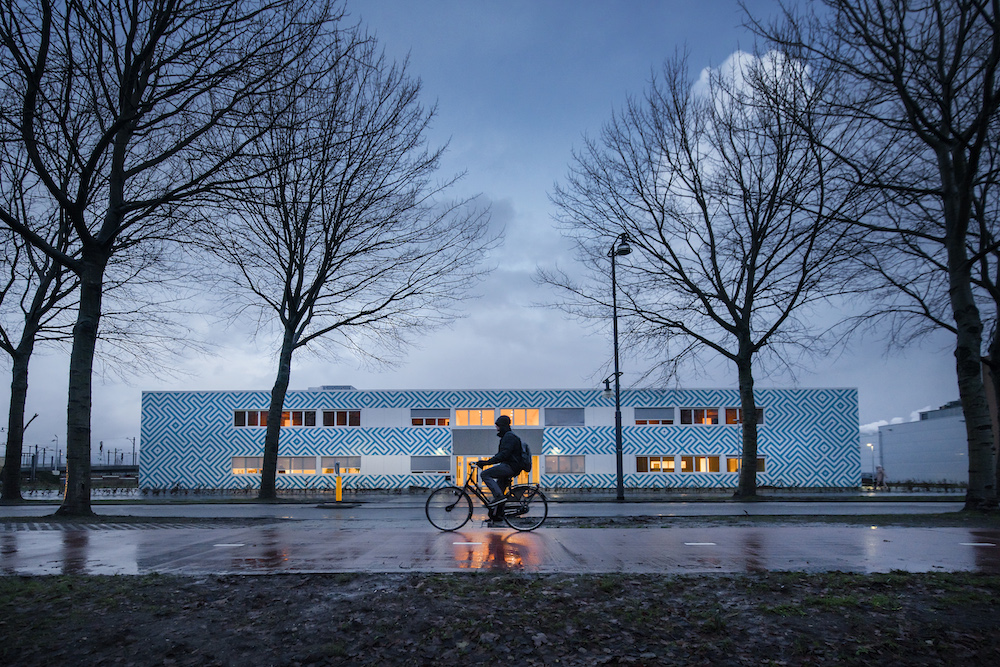 The school is located in Amsterdam’s port area. Photo: Olivier Middendorp via HH

Education minister Arie Slob has threatened to withdraw state funding from an Amsterdam Islamic secondary school accused of having terrorist links, if it refuses to let inspections take place.

The Dutch security service AIVD has warned Amsterdam’s mayor Femke Halsema that the city’s only Islamic secondary school is being influenced by ‘undemocratic groups’ and that some of the schools’ leadership have links to terrorists.

On Friday, Slob told the NOS Journaal news programme that inspectors would be returning to investigate the allegations. ‘Inspectors will come back, announced and unannounced, and…I have the option of cutting off funding for the school,’ he said. ‘It is unacceptable that inspectors cannot do their work to see what is happening with teachers and within the school.’

The Cornelius Haga Lyceum opened its doors in 2017, despite efforts by both the city council and the education ministry to prevent it from opening. The then education minister Sander Dekker had refused to allocate funding for the school, because a former board member was alleged to have shown support for IS on Facebook.

Now the AIVD claims that pupils at the school are being influenced by staff with terrorist connections.

The AIVD says that between 2009 and 2012 these leaders were linked to a militant jihadi organisation called Caucasus Emirate which is based in the south west of Russia and is responsible for several terrorist attacks in Russia itself.

Halsema has now frozen all funding to the school until the entire board resign. In a briefing to the city council, the mayor said that the children’s safe and democratic development cannot be guaranteed because the school is operating in parallel to society.

The school issued a statement on Thursday evening distancing itself from ‘all forms of terrorism and ideals which can lead to it’.

According to the NRC, education ministry inspectors were due to publish a ‘relatively positive’ report on the school last month but publication was delayed following the emergence of ‘disturbing signals’.