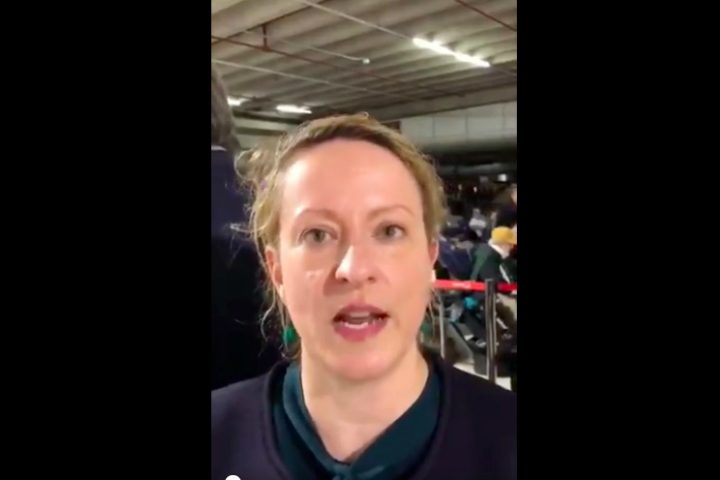 A European Parliament delegation including Dutch MEP Esther de Lange has been refused entry to Venezuela to observe how medical supplies are reaching people behind the blockade.

De Lange said the group, from the centre-right European People’s Party coalition, had been invited by Venezuela’s parliament to observe the humanitarian situation on the ground, only to be turned away by officials at Caracas airport.

The CDA politician posted a short film on Twitter explaining that the MEPs had been told by an official to take the ‘first flight back to Madrid’. Her German colleague, Manfred Weber, called for immediate action and said the European Union should recognise opposition leader Juan Guaidó as the country’s president.

My colleagues @eppgroup were denied access to Venezuela tonight. The Maduro regime is scared of what foreign observers will see. He is denying people food and freedom. I expect the EU to act immediately and recognise Juan Guaido as the legitimate President of the country. https://t.co/eY2sFlDB8V

The United States and European nations including France, Spain, the UK and the Netherlands have severed diplomatic ties with President Nicolas Maduró after a deadline to hold ‘free and fair’ elections expired last month.

In a video filmed in Caracas, De Lange said: ‘The chairman of the foreign affairs committee is waiting for us outside the airport, but we’re not being allowed to enter the country.

‘We’ve been told by an official representing the government that we will have to take the first plane back to Madrid. So we’re being expelled and there will undoubtedly be consequences.

‘It’s a real shame, because we weren’t here to provoke. We came here to see how medical help was getting to people on the ground and to plea for humanitarian aid to be allowed into the country for those who are suffering most from this situation.’