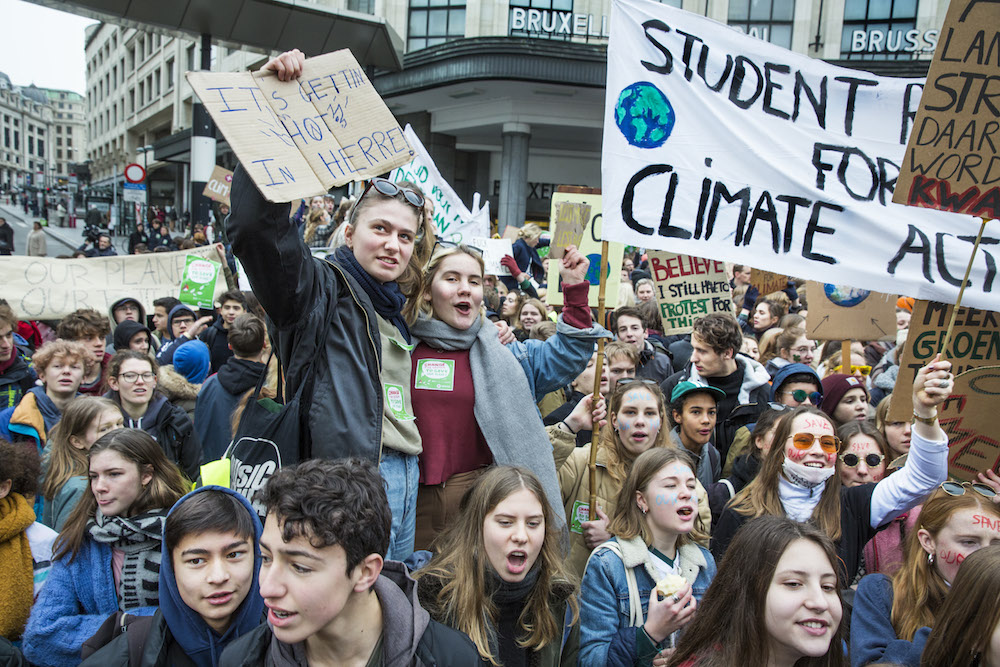 Thousands of Dutch school children are planning to demonstrate against climate change on February 7, missing a day of school in the process.

The protest has been inspired by mass demonstrations by school children in neighbouring Belgium, which have attracted tens of thousands of teenagers four Thursday’s in a row.

So far nearly 7,000 pupils are supporting the Youth for Climate campaign on Instagram, which was launched by pupils at the Dalton school in The Hague. The campaign website, which invites donations to pay for banners, urges teenagers to ‘play truant for our future’.

Organiser Stijn Warmenhoeven told NOS news that reactions to the plan have been ‘very positive’ and that talks are underway with the local council and environmental organisations. He hopes 3,000 people will come to the Malieveld near parliament in The Hague next Thursday to take part.

Education minister Arie Slob has said he welcomes the children’s involvement but says they would be better off demonstrating at the weekend. ‘Education is education and we are not going to give way to truancy,’ he told current affairs show Nieuwsuur on Thursday evening.

The secondary school council VO Raad told NOS it is up to schools themselves whether to report children who play truant to attend the march. Reporting to truancy officers is only compulsory if a child is absent for more than 16 hours over a four week period, the council said.

Trouw questioned dozens of schools nationwide to find out how head teachers plan to react. The Herbert Vissers College in Nieuwe-Vennep says it will report pupils who fail to turn up and that they will ‘face the consequences’.

Dick Bruinzeel of the Jan Arentz school group in Alkmaar said he had not yet decided what to do, but that he would talk to pupils who plan to attend the march to ‘discuss their motives’.

‘But, at the same time, they cannot expect me to break the law,’ he told the paper.

Some schools, however, are encouraging pupils to take part, Trouw said.

‘They are protesting for a good cause and that is to be encouraged,’ Jeroen Groenewoud, from Amsterdam’s Cygnus gymnasium is quoted as saying. ‘We are educating our children to be global citizens who ask questions.’

Pupils at the capital’s Vossius gymnasium will also be allowed to attend, if they bring a signed note from their parents. ‘I think there should be room for children’s social and political idealism and it should be valued,’ head teacher Jan van Muilekam told NOS.