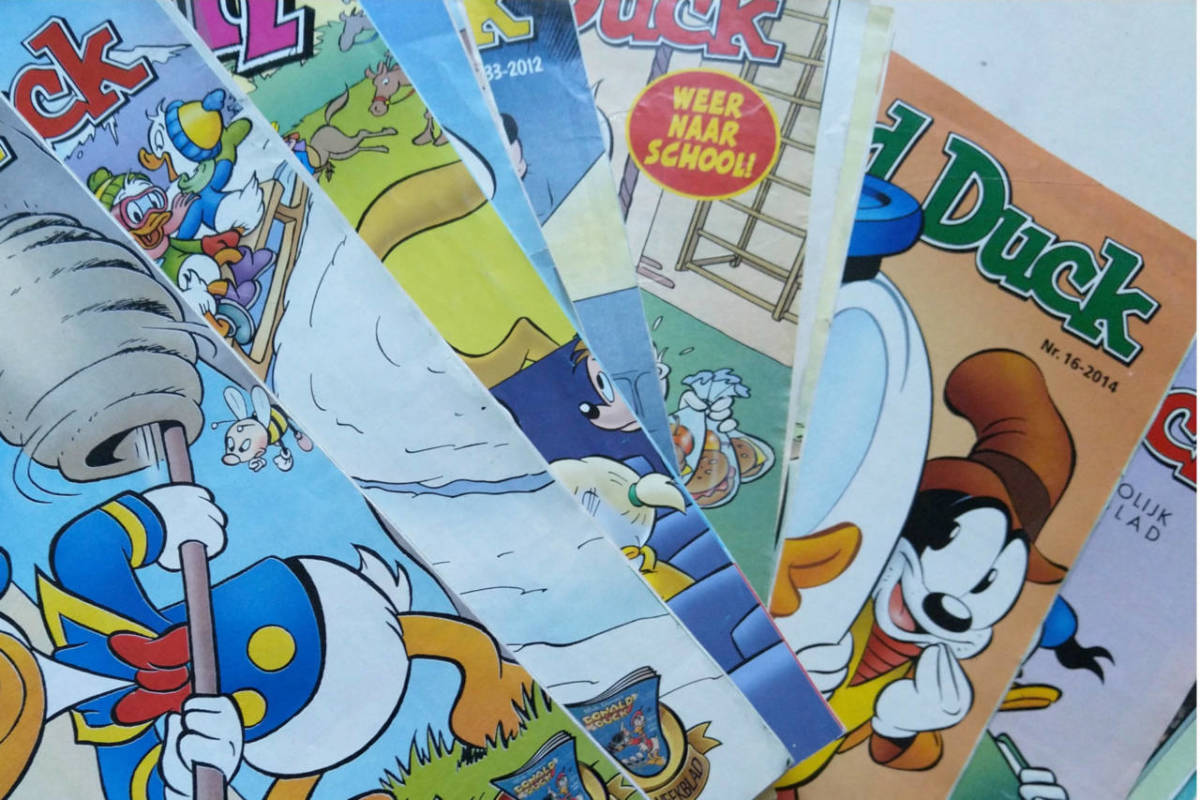 The Dutch edition of the Donald Duck comic books is including a lesbian couple for the first time after a 10-year-old girl challenged its lack of LGBT characters.

Fenna, who has two fathers and two mothers, raised the issue on the children’s news show Jeugdjournaal last week. ‘There are no gays or lesbians in Donald Duck. I’ve checked them all,’ she said.

‘My parents are gay and lesbian and I think it’s important that that’s just as normal. But in Duck City it’s as if they don’t exist at all.’

Fenna added that she wasn’t asking for any of the main characters to change their sexuality. ‘Just the characters in the background. You see lots of couples, a few of those extras could be gay.’

Joan Lommers, editor of the magazine, showed NOS a panel in a forthcoming edition that was being altered to turn a couple sitting at a restaurant table into two women, embellished with love hearts. ‘It’s not in the minds of the illustrators.’ ‘That’s a bit ridiculous, really,’ replied Fenna.