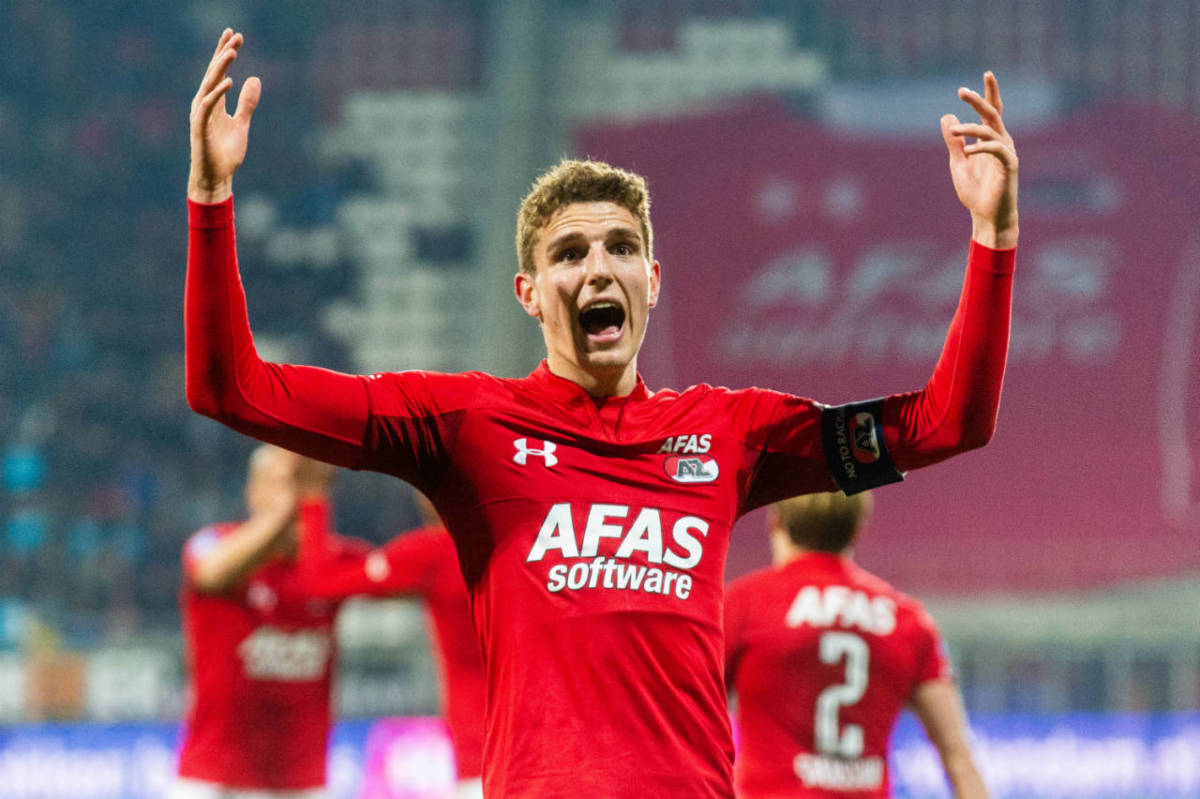 Ajax closed the gap at the top of the Eredivisie to four points on Sunday with a convincing 5-0 win over bottom club NAC Breda.

The Amsterdammers struggled to break down Breda’s massed defence in the first half and only Andre Onana’s smart save from Gervane Kasteneer saved them from going behind. But 10 minutes before the break NAC”s Dorian Dervite handled the ball from a free kick and Dusan Tadic dispatched the resulting penalty.

Second-half strikes from Kaspar Dolberg and Tadic and a pair of own goals mean Ajax now have the same goal difference as PSV, who needed a 95th-minute equaliser to rescue a point at Heerenveen.

The Frisians looked to be heading for their first win in seven league matches as Mitchell van Bergen and Michel Vlap put them 2-0 up in the first 25 minutes. But Gaston Pereiro’s free-kick brought PSV back into the game just before the hour mark before substitute Donyell Malen scored in the dying seconds.

AZ Alkmaar maintained their flawless record since Christmas to close the gap on third-placed Feyenoord to just two points. The champions of 2009 have scored 16 goals without reply in their last five games and breezed past VVV Venlo with goals from Guus Til and Mats Seuntjens, plus an own goal by Nils Röseler.

An own goal also proved fatal for Feyenoord in Groningen, as Sven van Beek turned Mimoun Mahi’s cross into his own net to give the home side a 1-0 win. Groningen spurned chances in the second half to make the scoreline more comfortable in what outgoing Feyenoord boss Giovanni van Bronckhorst described as the ‘worst match in my time as manager’.

‘We were sloppy, lacked shape, didn’t win any one-on-ones… the 1-0 scoreline gave us hope we could get back into the game and come away with a point, but we wouldn’t have deserved it on that performance,’ he told NOS.

Groningen’s win lifted them to ninth place, even though just three points separate them from their northern neighbours Heerenveen and Emmen. The latter slipped into the play-off zone with a 2-1 defeat at fellow strugglers Excelsior, with all the goals coming in six second-half minutes.

Fifth-placed Vitesse Arnhem held out against Willem II after Vangelis Pavidis’s late strike had given the Tilburg hopes of snatching a point. They stay a point ahead of Dick Advocaat’s Utrecht, who recorded their first league win since December 16. Simon Gustafson’s penalty was enough to see off 17th-placed De Graafschap.

Spaniard Adrian Dalmau was the individual star of the weekend, scoring four of Heracles Almelo’s six goals against Fortuna Sittard. Heracles are level on points with Utrecht in seventh place.