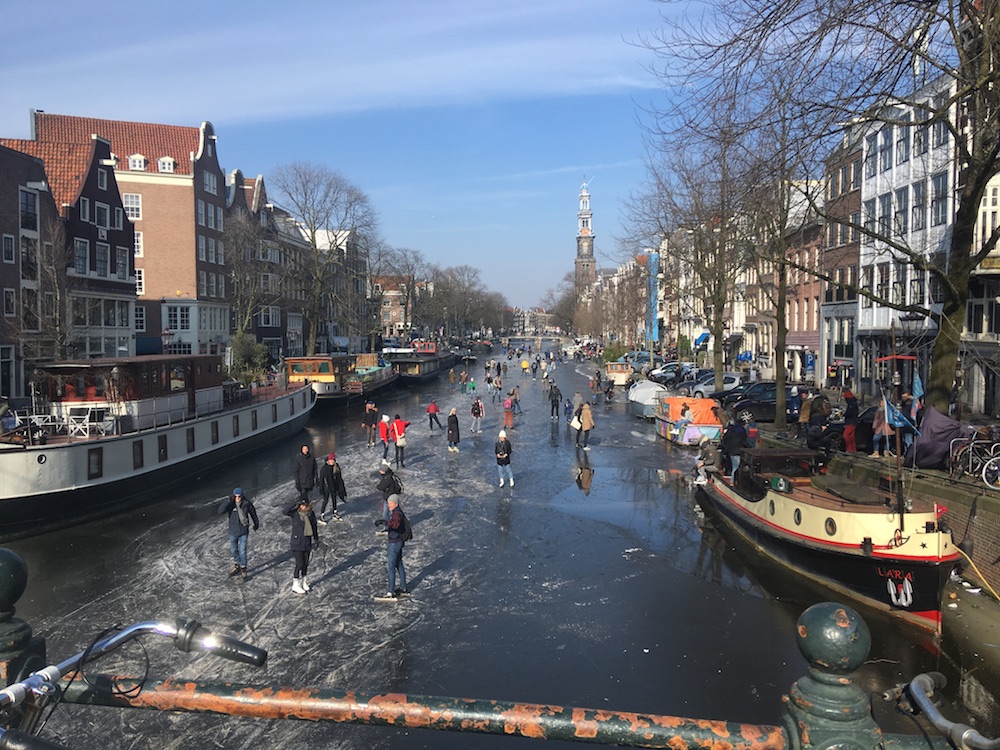 Skating is considered to be typically Dutch. Photo: DutchNews.nl

The government’s socio-cultural think-tank SCP is currently researching what defines the Dutch identity, but one of the researchers has already given a sneak preview of the findings.

Joep de Hart, who researches religious issues for the SCP, said in a speech on Monday night, that language is number one on the list but that religion has been hardly mentioned by respondents, Trouw reported on Tuesday.

But asked about heroes, few mention Spinoza or Abraham Kuyper, Trouw points out in its report on the speech. Instead Anne Frank (who was German) and Johan Cruijff top the list.

In terms of values, freedom, equality, universal suffrage, freedom of speech and freedom of education are most often cited. Freedom of religion, by contrast, scarcely merits a mention, despite the emphasis placed on the Netherlands’ Christian and Jewish heritage by politicians such as anti-immigration campaigner Geert Wilders.

The research, complete with statistics, is due to be published in May, Trouw said.