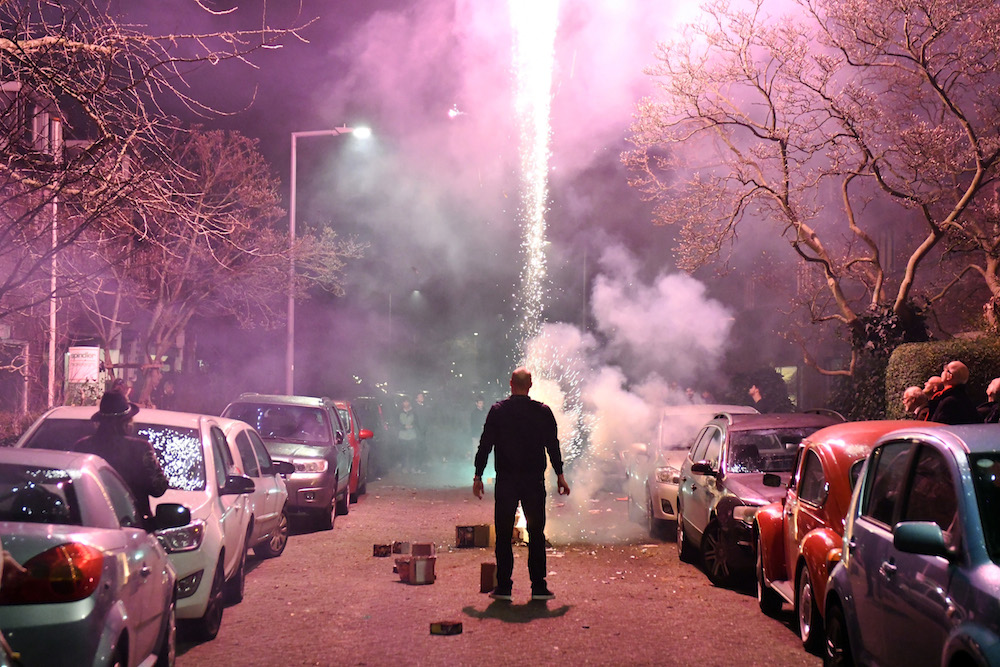 Four people have died during the New Year festivities in the Netherlands, of whom two are thought to have been killed in firework accidents.

In Enschede a man was killed in a ‘gigantic explosion’ caused by fireworks, which broke windows in nearby homes, local newspaper Tubantia reported.

In the Frisian village of Morra, another man died in a fireworks incident. Police say they do not yet know what happened but one eyewitness reported seeing a bright flash.

A third man was found dead at his home in Losser in Overijssel. A woman was later arrested in connection with the killing. And in Rotterdam, two men were injured in a shooting incident, one of whom died of his injuries in hospital. Police have arrested seven people in connection with that incident.

There were also stabbing incidents in Breda, Ridderkerk and Leiden which led to several arrests.

In the seaside resort of Scheveningen, the traditional New Year beach fire had to be put out by the fire brigade after huge clouds of cinders were blown across the town and nearby dune area, sparking lots of small fires.

Several buildings had to be kept permanently wet to head of the risk of fire.

Every year, a group of people in Scheveningen compete with nearby Duindorp to build the highest fire out of old pallets and other wood. This year’s fire was set to be 48 metres high and that is ‘too high’, one of the builders told the Telegraaf.

In total, the emergency services were called out over 3,150 times between 6pm on December 31 and 2am. That is almost double last year’s total, according to figures from website Alarmeringen.nl.

There were also organised firework shows in Rotterdam, The Hague and Amsterdam, attended by tens of thousands of people.