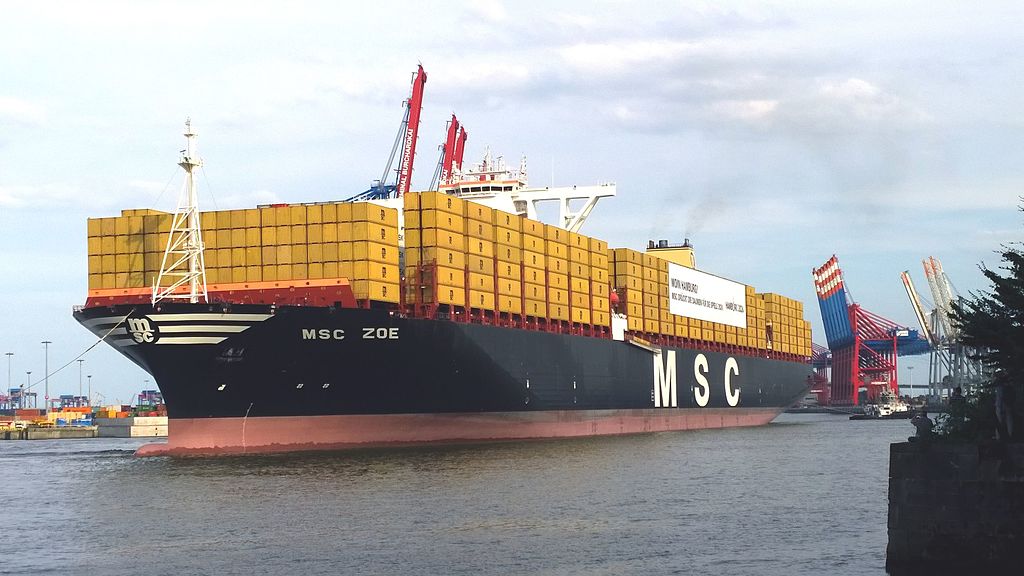 The ship in 2015. Photo: Hummelhummel via Wikimedia Commons

At least 21 containers which fell off a cargo ship near the German Wadden Sea island of Borkum have washed up on the Dutch coast, littering the beaches with toys, chairs and even flat-screen tvs.

In total, 270 containers are now thought to have been knocked off the Panamanian-flagged MSC Zoe in rough seas, the Dutch coastguard said on Wednesday afternoon. Earlier reports said 30 containers had been lost.

Beachcombers are out in force to pick up the spoils but have been warned to keep away from closed containers because three are known to contain organic peroxides, which are highly explosive.

Terschelling mayor Bert Wassink said clearing up the containers will take days. ‘We’ve never had to deal with anything like this,’ he said. ‘We do find containers in the water from time to time, but never on such a scale.’

So far containers have washed up on Vlieland, Terschelling and Ameland and several others are floating in the sea between Ameland Schiermonnikoog. According to website Safety4Sea, the ship was heading from Portugal to Bremerhaven in Germany.

The MSC Zoe is one of the biggest freighters in the world and can carry 19,000 containers in total.