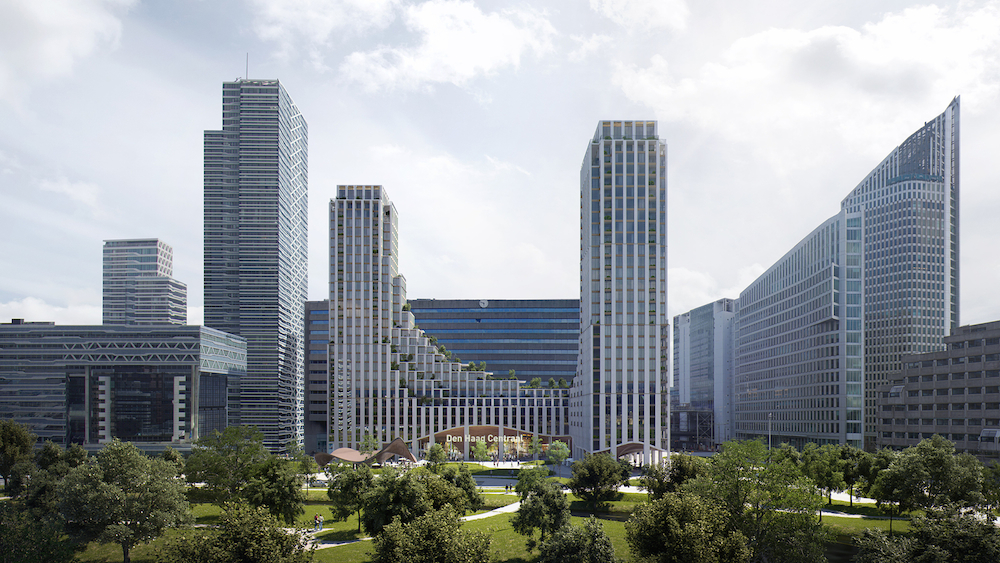 The Hague has agreed to build new apartment blocks next to the city’s three biggest railway stations which will offer a total of 10,000 new homes to ‘policemen, teachers and bike repair workers’.

The buildings will be between 100 and 150 metres high and will be focused around the main railway station, Hollands Spoor and Laan van NOI. Most will be rental housing, the Volkskrant has reported.

‘We are not going to fill in green spaces on the edge of the city because we don’t have any and we are not going to build new out-of-town residential estates either,’ alderman Boudewijn Revis said at the presentation of the plans on Tuesday.

‘Nor are we looking for little fields which would fit three houses,’ he said. ‘We are going to leave existing neighbourhoods alone.’

The former social security ministry building, which was designed by Dutch architect Herman Hertzberger and is next to the station, may be demolished, if a developer comes up with a good plan, Revis said.

The rest of the housing will be developed near Centraal Station and the project includes building on top of the A12 motorway. This district has been dubbed the Policy Campus because it is close to both government ministries and the Leiden University building.

A draft of the plans was first presented in November last year and the finalised version has now been approved by the city’s executive board.