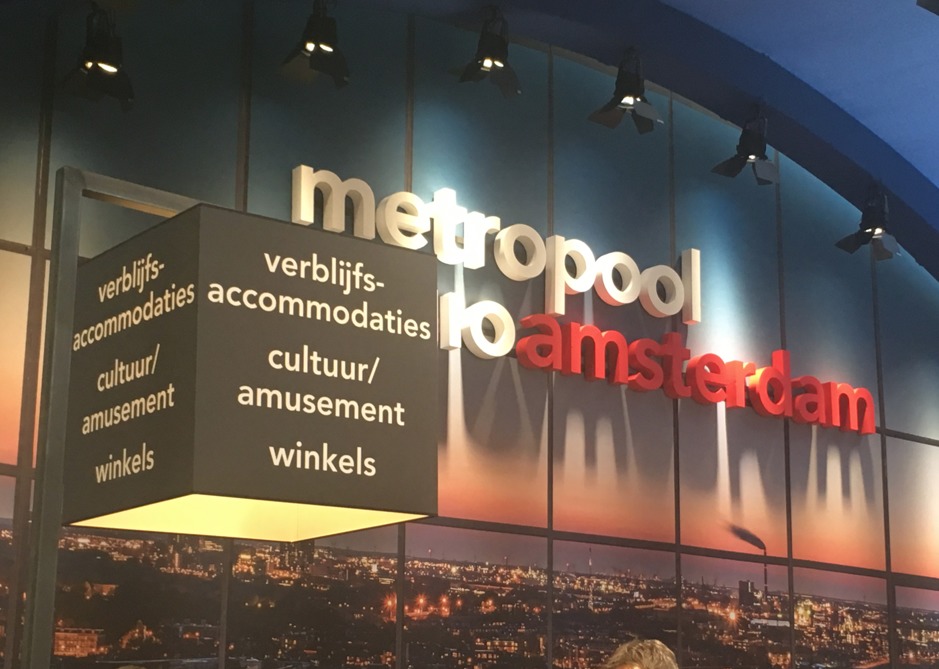 Amsterdam advertising itself at a property trade fair. Photo: DutchNews.nl

The leader of the Socialist party in Amsterdam has called on the city council to take steps to stop ‘Amsterdammers being displaced by expats and international students’.

SP councillor Erik Flentge said in an article on the party’s local website that the city is ‘becoming completely out of balance because of the large stream of expats with their tax advantages, continually forcing up house prices’.

‘Amsterdammers who are looking for jobs should get the opportunity, not be competed away by expats,’ Flentge said. ‘People who have lived in the city for longer, work or study should have the chance to get a job and priority in getting a house.’

Flentge made the comments after the national statistics agency CBS published new figures showing that the population of Amsterdam had grown by 10,000 over the past year, largely due to the arrival of more international workers from America, Britain, India and the EU.

This, Flentge said, has been driving up house prices and making the city’s housing popular with investors, forcing Amsterdam families to move out of the city to the cheaper surrounding areas.

The SP wants Amsterdammers to be given priority in new housing projects and to stop people buying up homes to rent out. ‘The SP also wants the council to make agreements with foreign firms about taking on local personal and locating expats in the region,’ Flengte said.

Research by the International Community Advisory Platform has shown that 80% of new expats get no help with housing costs and a large majority said they are paying more than they can afford for a place to live.

‘New arrivals have no network, they don’t understand the Dutch system and they often have no choice but to pay rents that Dutch people would consider absurd because they need a place to live,’ said ICAP board member Deborah Valentine.

The SP is part of the current left-wing coalition running the Dutch capital and controls the housing portfolio. The party campaigned in last year’s local elections on an ‘Amsterdam for the Amsterdammers’ ticket.

Meanwhile, Sebastiaan Capel, who heads up the Zuid borough council and represents the Liberal democratic party D66, has described Flentge’s comments as ‘xenophobic and populist’.

DutchNews.nl has contacted Erik Flentge and Laurens Ivens for comment.