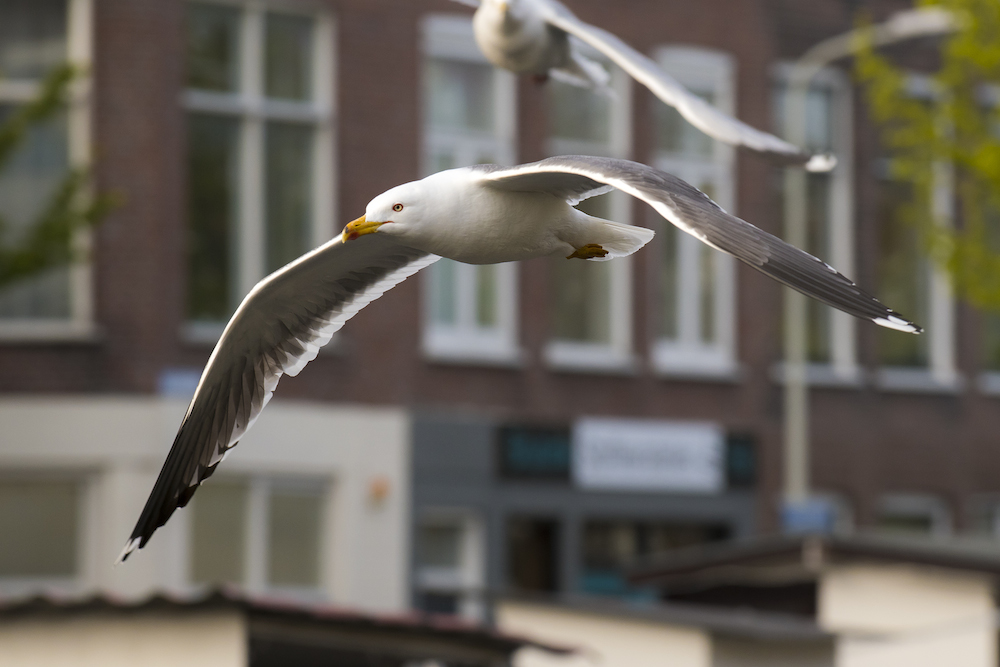 Rotterdammers whose lives have been made a misery by black-backed gulls for the last seven years, have written a letter to the city council asking for help, local broadcaster Rijnmond TV reports.

The gulls, a protected species, have taken up residence on the flat roofs of homes at the Telderweg, Kemperweg, Van Poeljeweg and Moltzerstraat, and are keeping the inhabitants awake with their incessant and piercing screeching, especially between March and September when they are breeding.

The birds are also more aggressive when they have chicks and have been known to attack adults and children.

The council and housing corporation Havensteder have said they cannot do anything because the birds are protected but the harassed locals are pointing to Alkmaar, Haarlem and Leiden which have taken measures against nuisance gulls by dipping the eggs in corn oil which stops them from hatching.

They also want a subsidy to put up netting on the roofs, a measure they claim is allowed, even taking into account the birds’ protected status.

‘Young gulls will always return to the nests to breed. In 10 years’ time they will completely dominate the streets whilst still being protected. Who is protecting the citizens?’, the letter reads.