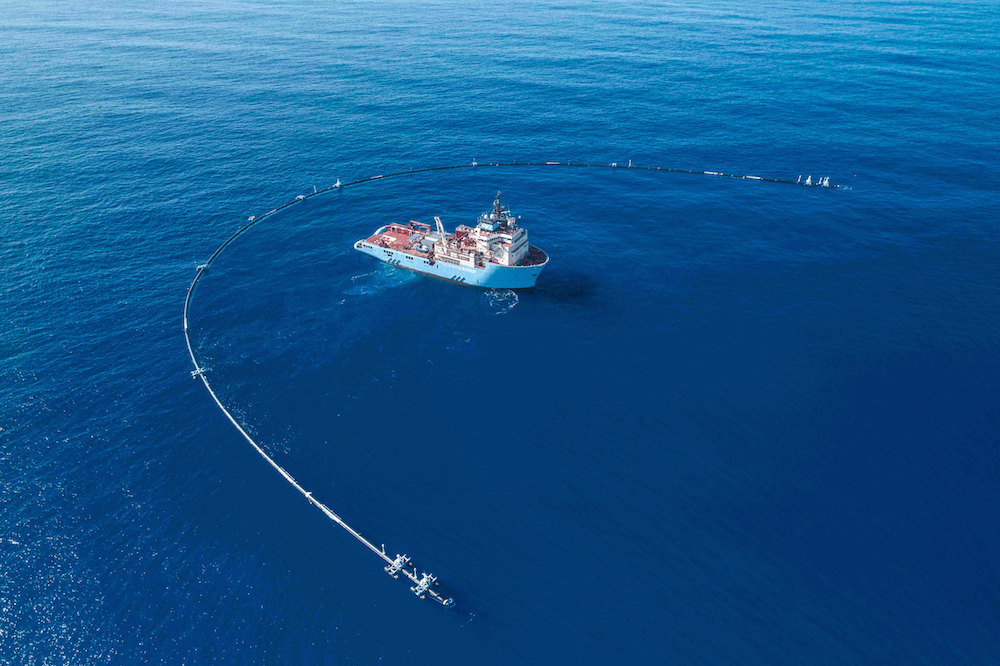 A Dutch project to clear plastic waste out of the Pacific ocean has had a second setback in a month – this time, one of the end parts of the boom used to catch rubbish has broken off.

This ‘structural malfunctioning of the cleanup system’ means the team is returning to port earlier than planned, the project founder Boyan Slat said on the organisation’s website.

The 18 metre piece of the boom which has fractured off contains sensors and satellite communication systems.

‘We are, of course, quite bummed about this as we hoped to stay out for a bit longer to collect more data on plastic-system interaction, and it introduces an additional challenge to be solved,’ Slat said.

The boom is now being towed back to Hawaii for repairs.

System 001 has been safely opened and reconnected to the Maersk Transporter. 116 days after launching from San Francisco, the tow back to Hawaii for upgrade and repair has begun. Operations will resume as soon as possible. https://t.co/7H7V6YgvN5

In early December it emerged that the plastic catcher, a 600 metre floating tube with a skirt attached to sweep up the plastic debris, was not moving fast enough to be able to hold on to the plastic. However, the problem is ‘fixable’, Slat said at the time.

‘Although we would have liked to end the year on a more positive note, we believe these teething troubles are solvable, and the cleanup of the great Pacific garbage patch will be operational in 2019,’ he said.