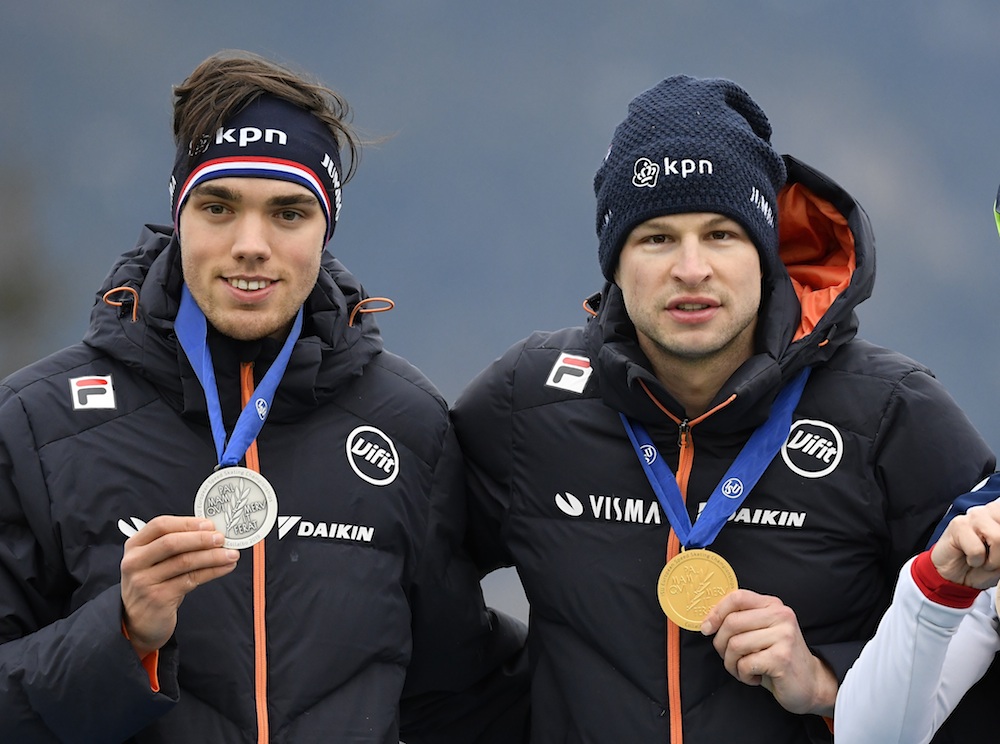 Kramer, who started this season with a back injury, managed to to hold off arch rival and team mate Patrick Roest in the 10 kilometres to take his 10th gold in the four-race championship. Roest took silver.

‘This is definitely one of the best titles of my career,’ Kramer said after the competition. The 32-year-old first took the European title in 2006. The men’s competition involves races of 500m, 1,500m, 5km and 10km

Meanwhile, in the short track event, Suzanne Schulting has become the second ever Dutch European allround title holder in front of her home crowd in Dordrecht.

‘I had to win the 3km to win the overall and I did it, that is an amazing feeling,’ Schulting told the International Skating Union website. ‘I have been so nervous the whole week and now to have got it done, it feels so good. I am really happy it’s over.’