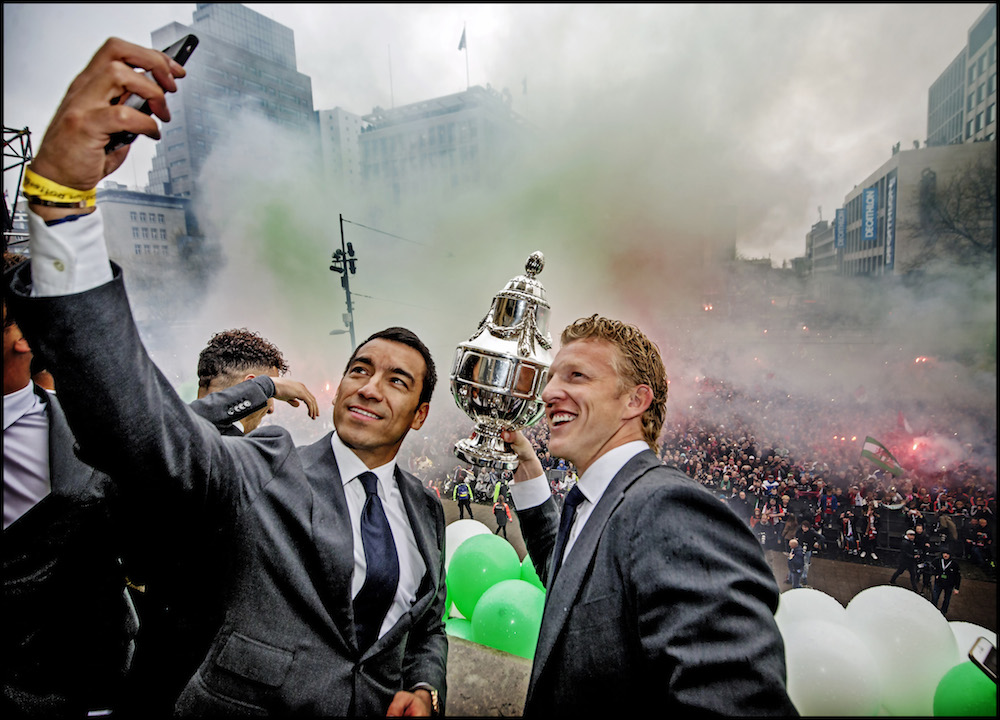 Giovanni van Bronckhorst is quitting as coach of Rotterdam football club Feyenoord at the end of this season. Van Bronckhorst, who took the Rotterdammers to their first league title in 18 years in 2017, has told the club he is ‘ready for a new challenge’.

The 43-year-old is in the middle of his fourth season with Feyenoord and his contract expires this year.

‘I have thought a lot about whether I wanted to continue as head coach after this season. It was a difficult decision because Feyenoord is very close to my heart,’ he said. ‘In my career so far, I have always followed my gut instinct and my gut tells me it is time to stop.’

Van Bronckhorst, who has 106 caps as an international, retired as a professional player at Feyenoord in 2010 and became assistant at the club to coach Ronald Koeman a year later.

Feyenoord have reached the semi-finals in this year’s KNVB Cup competition and currently lie third in the league, trailing PSV and Ajax by 13 and 11 points.