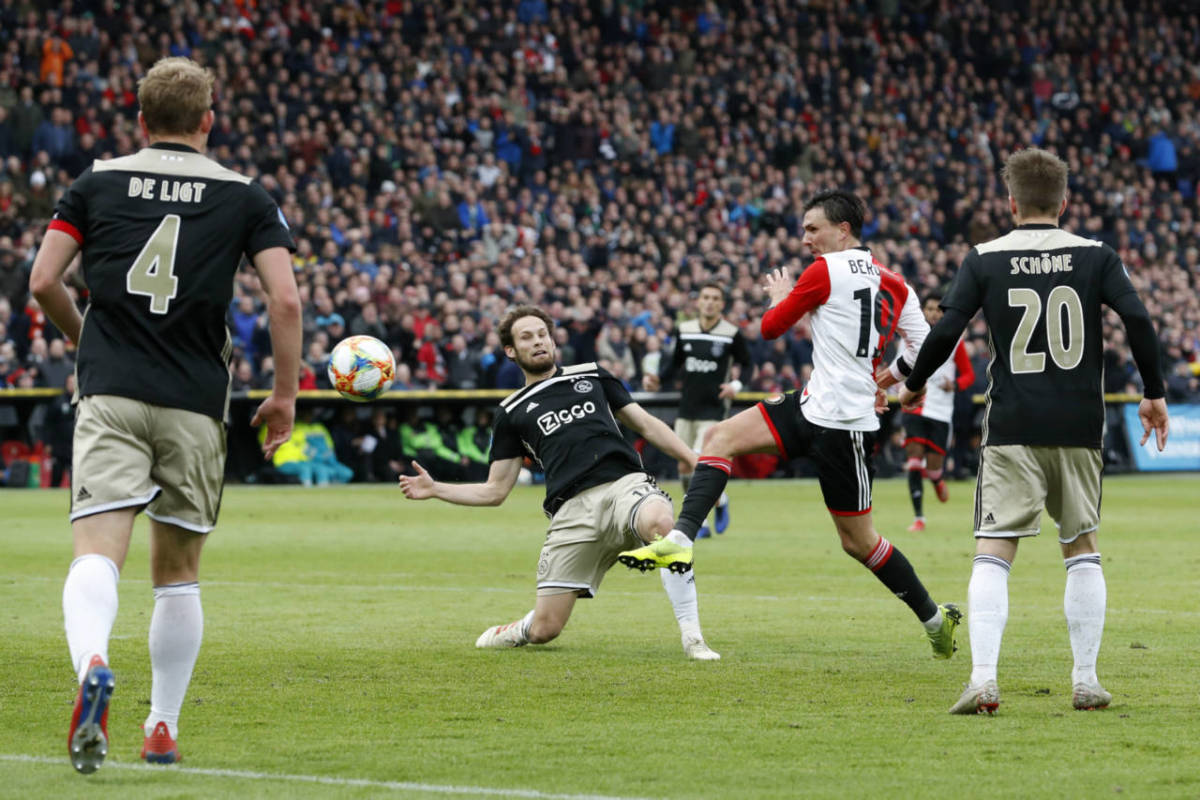 Feyenoord veteran Robin van Persie has called on his team-mates to use their 6-2 victory over Ajax at the weekend as a springboard for the rest of the season.

The 35-year-old shrugged off his recent injury problems to score two goals either side of half-time that tilted the klassieker in the Rotterdammers’ favour. They went on to record their biggest win over their old rivals since 1964.

‘We need to be more consistent, that’s the aim’, said Van Persie after the game. ‘It’s been a long time since we had as good a game as today, let’s be honest.’

Feyenoord overcame a dreadful start, in which they went 1-0 behind to Lasse Schöne’s eighth-minute free kick, to take the lead with goals from Jens Toornstra and Steven Berghuis, the latter in the 31st minute.

Hakim Ziyech levelled the scores two minutes later, but Van Persie put Feyenoord back in front on 42 minutes and doubled the lead 10 minutes after half-time. Goals from Tonny VIlhena and Yassin Ayoub completed Ajax’s humiliation in the final quarter of an hour.

Manager Giovanni van Bronckhorst called the result ‘historic’ as he broke a personal hoodoo, having never previously seen his team beat Ajax in an Eredivisie match. ‘The best thing was the way we won it,’ he said. ‘We fought back and didn’t let go. We took maximum advantage of Ajax’s weaknesses.’

Ajax’s players admitted that the team was struggling to find its shape since returning from the winter break. Having conceded just eight goals in the first 17 games, the Amsterdammers have now leaked 10 in their last two outings. Not since 1959 have Ajax conceded four goals in two successive league matches.

Defensive midfielder Frenkie de Jong, whose €75 million transfer to Barcelona was confirmed last week, said: ‘Before the winter break you could see our movement was good and everyone knew what they were supposed to be doing. It’s very different now.’

The result also meant PSV opened up a five-point lead at the top of the table after grinding out a 2-1 win against Groningen on Saturday, thanks to two early goals from Hirving Lozano.

AZ Alkmaar climbed to fourth with a 2-0 win away at Heerenveen, courtesy of a bizarre goal from Oussama Idrissi. The winger was preparing to take a corner when he saw Heerenveen goalkeeper Warner Hahn step out to speak to his defenders and quickly curled the ball into the unguarded net.

In the bottom half of the table, PEC Zwolle followed up last weekend’s defeat of Feyenoord by beating Heracles Almelo while Emmen scored another injury-time goal to seal a 3-2 victory at VVV Venlo.

Groningen’s defeat leaves them in 16th place ahead of NAC, who drew 1-1 at home to ADO Den Haag, and De Graafschap, who went down 2-0 at Excelsior.