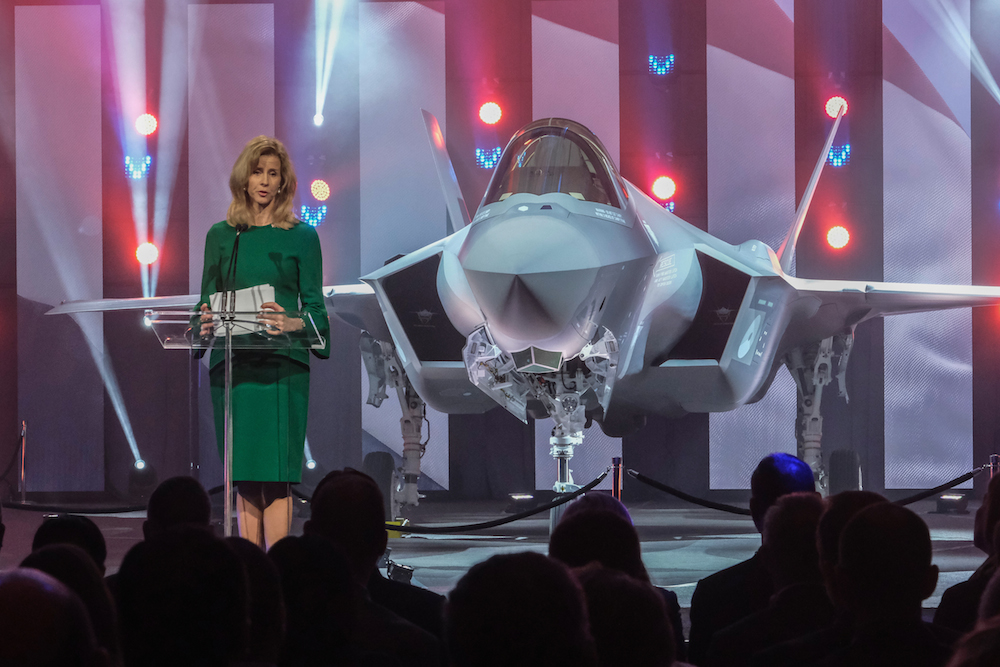 Dutch djs, light shows and dancers were all involved at a handover ceremony for the first Dutch F35 jet fighter in Fort Worth, in the US on Wednesday.

‘About 500 guests, including dozens who flew in from the Netherlands as well as high-ranking military and civilian officials from both countries, donned orange cowboy hats accented by the red, white and blue stripes of the Dutch flag,’ local paper Star-Telegram said.

‘Even at a military-style ceremony, the Dutch know how to have fun.’

Proud we got to represent our country today as part of the Netherlands F-35 Rollout Celebration! 🇳🇱 #F35@thef35 @LockheedMartin @DefensieOnline @OnzeLuchtmacht pic.twitter.com/fIwtbZpf02

After years of wrangling, in 2014 the government agreed the Netherlands will buy 37 F35s to replace the current fleet of ageing F16s.

Describing the handover as a milestone, Keijzer said that the alliance with Dutch firms is ‘an excellent example of how international cooperation contributes to our economy.’

The defence ministry says the contract has generated €1.4bn for Dutch industry and that is set to rise by a further €9bn.

Maintenance contracts will account for a further €15bn to €20bn and create 1,600 jobs, the ministry said. The Dutch airforce base at Woensdrecht is to be the centre of distribution and storage of all spare parts for the 400 F35 fighter jets due to be stationed in Europe.