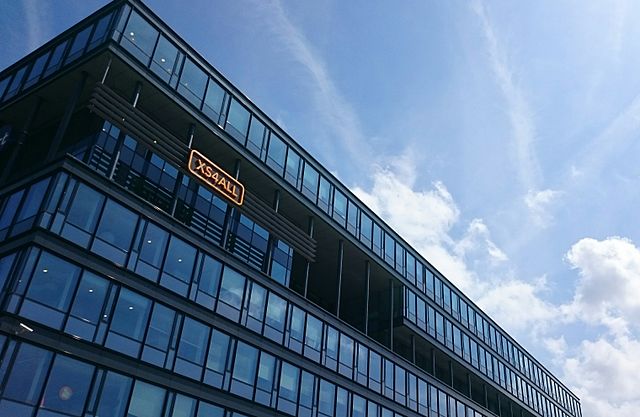 The XS4ALL office in Amsterdam. Photo: Panchego via Wikimedia Commons

Almost 40,000 people have signed a petition calling on telecoms group KPN not to drop its XS4All brand, and company officials have now agreed to meet the protestors for talks, the AD said on Monday.

KPN announced earlier this month that it would drop its Telfort, Telfort Zakelijk, XS4All and Yes Telecom labels to focus on the KPN brand.

XS4Allwas started in 1993 by four students after they lost access to the university internet network. It grew rapidly and was bought by KPN in 1998 but remained an independent entity within the group. The brand is particularly praised for its customer service.

‘We want to see how we can maintain XS4All’s independence and how the provider can play an important social role,’ campaigner Kirsten Verdel, who used to work for the company, told the AD.

The AD says that KPN estimated no more than 5% of subscribers would leave if the brand label was dropped but now fears a much larger number will leave.

KPN has not said when the label will go and continues to advertise XS4All on the radio.