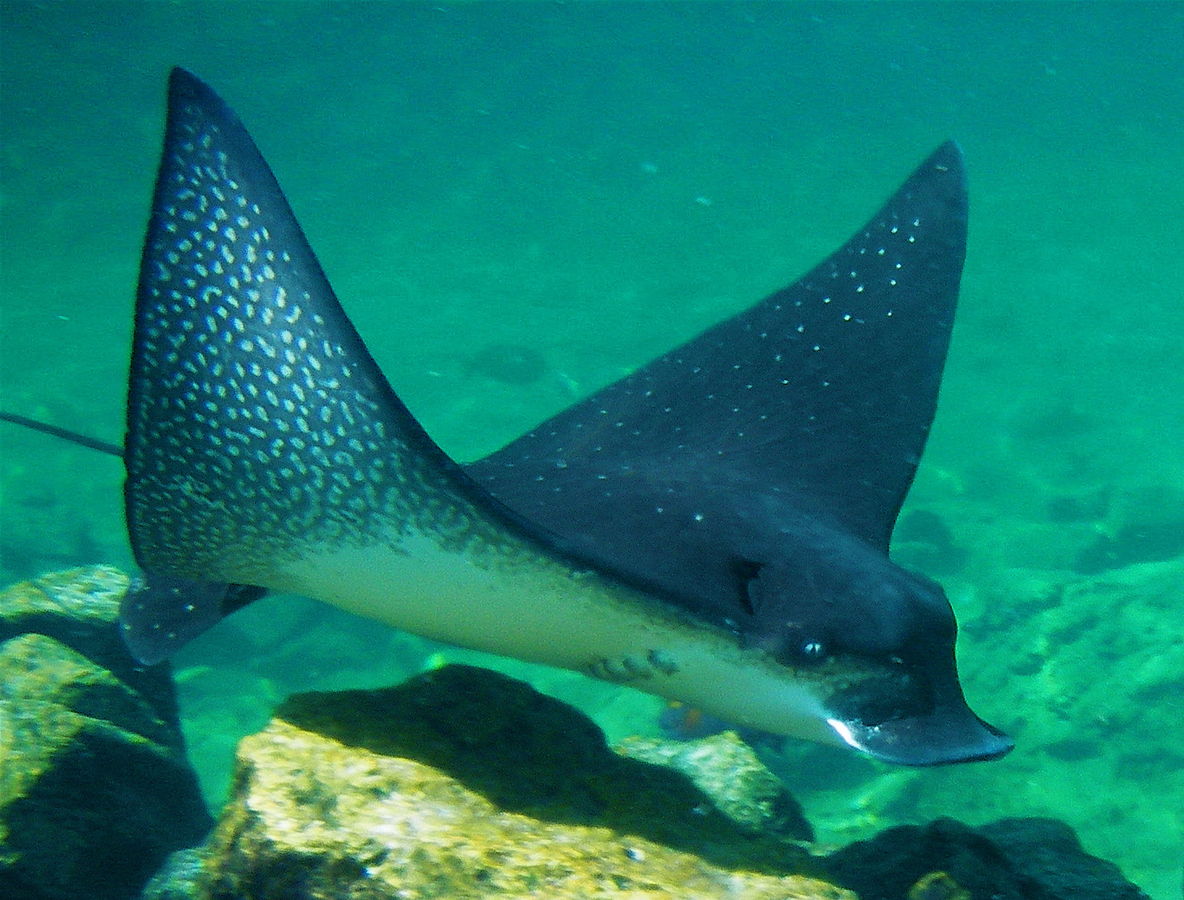 Researchers at a Dutch zoo have used a contraceptive method to control the breeding habits of a highly fertile species of ray for the first time.

The breakthrough by biologist Max Janse and vet Henk Luten at Burgers’ Zoo in Arnhem was announced in the Journal of Fish Biology. The pair used an implant to interrupt a female speckled eagle ray’s hormone cycle and stop her reproducing.

The zoo was involved in a breeding programme for the eagle ray (aetobatus ocellatus) which is a protected species, but after producing 58 offspring since 2009 it had run out of partner zoos who were willing to take the young rays.

Previous specimens born in Arnhem have been sent to aquaria in Valencia, Tenerife and Denmark, but the scientists said that trying to rehouse the mother was too difficult. ‘You need a lorry to move a ray that size. And in the meantime she kept on reproducing.’

The large number of offspring also risked causing other problems in a confined space, wrote the researchers: ‘We found that 21 young originated from one female ray. If all the fish are from the same specimen, they become too genetically similar, which can lead to complications.’

The researchers said the long-term effects of the contraceptive implant were unknown. ‘It will probably stop emitting hormones at some point, but we don’t know that for sure. It could also be that the hormonal balance is permanently affected so that the fish can no longer produce young.’