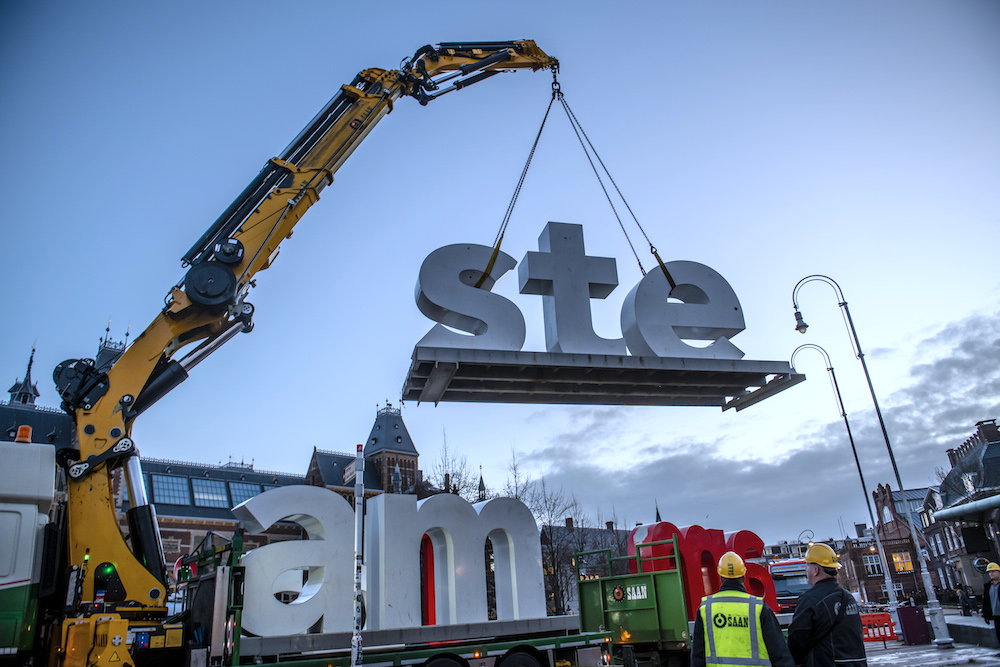 The letters were removed early in the morning. Photo: Michael Potts / Hollandse Hoogte

One of Amsterdam’s most photographed tourist attractions, the red and white Iamsterdam letters, were removed from their usual position in front of the Rijksmuseum on Monday and taken into storage.

The decision to remove the letters, which have been a popular draw with tourists for 14 years, was taken by the left-wing green party GroenLinks, now the biggest on the city council.

GroenLinks councillors say the slogan has become a symbol for mass tourism and individualism in a city which stands for solidarity and diversity.

According to the Parool, just a few school children and a lot of press photographers were there to witness the letters being removed.

The paper says tourists who do turn up to photograph them will be told by specially-appointed hosts where they can find other sets of the letters.

The city owns five in total. One set is next to the Sloterplas lake in the west of the city, one in the south-east and one at Schiphol airport.

The Iamsterdam website said the letters had been removed from their Museumplein location ‘because they were drawing too big of a crowd to an already limited space.’