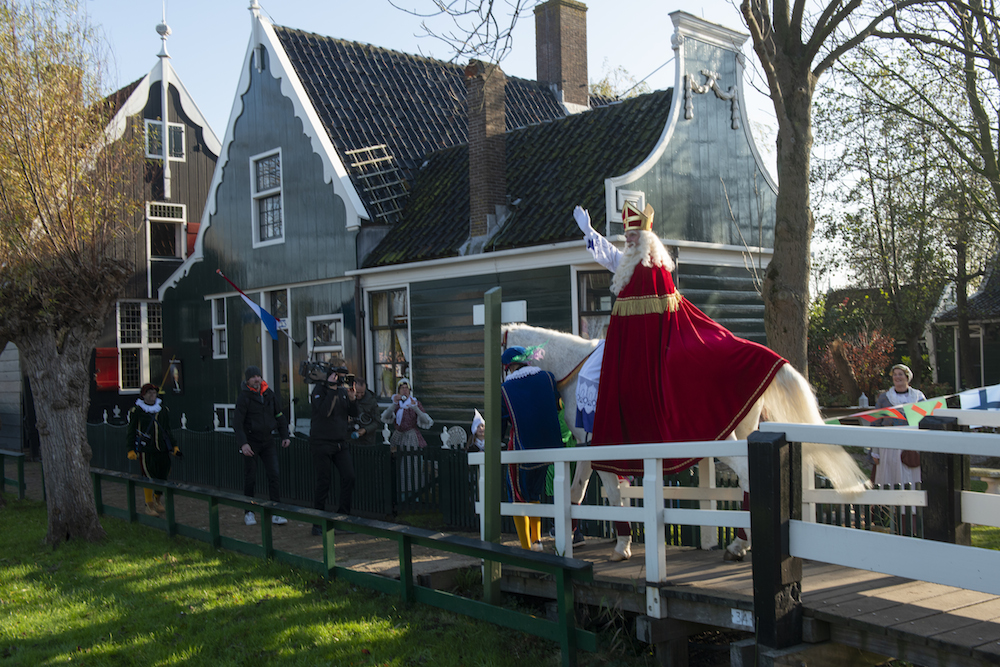 The ‘arrival’ of Sinterklaas in the Noord-Holland village of Zaandijk passed off peacefully on Saturday but there were clashes between pro and anti-Zwarte Piet activists at processions in other parts of the country.

Three arrests were made in Rotterdam after a confrontation between pro and anti-Piet campaigners, police said.

‘The anti-Piet demonstrators wanted to end their protest and were crossing the [Erasmus] bridge when two cars stopped. Several people jumped out and started attacking them,’ police said in a statement.

One anti-Piet demonstrator was arrested in Rotterdam for hanging up a banner stating ‘Zwarte Piet is racisme’. This was against the rules laid down by mayor Ahmed Aboutaleb, the AD said.

In Eindhoven a group of about 20 activists from the Kick Out Zwarte Piet (KOZP) campaign group were attacked by a large group of PSV football supporters who threw eggs and tin cans at them, news agency ANP said.

In Groningen and Leeuwarden there were also clashes between football supporters and the police. In Hoorn, police took action to stop pro-Piet demonstrators verbally attacking opponents.

In Zaanstad itself, where the main arrival procession took place, four people were arrested. Two were picked up for breach of the peace, one for throwing stones at the enclosure where anti-Piet demonstrators were, and one for not carrying ID.

Nevertheless, ‘Zaandstad can be proud’ of how the ceremony passed off, the Telegraaf said. ‘The security measures and the well-behaved crowd created an unforgettable day.’

Earlier in the day, police in Alkmaar stopped a bus carrying anti-Piet demonstrators from going to Den Helder to protest. Police said the KOZP protestors had not kept to agreements.

The Sinterklaas arrival ceremony, shown live on television, marks the start of over three weeks of festivities in the run up to December 5.

On Sunday, the Amsterdam procession takes place. In the Dutch capital, blackface Piets have been entirely replaced by Piets with sooty faces.