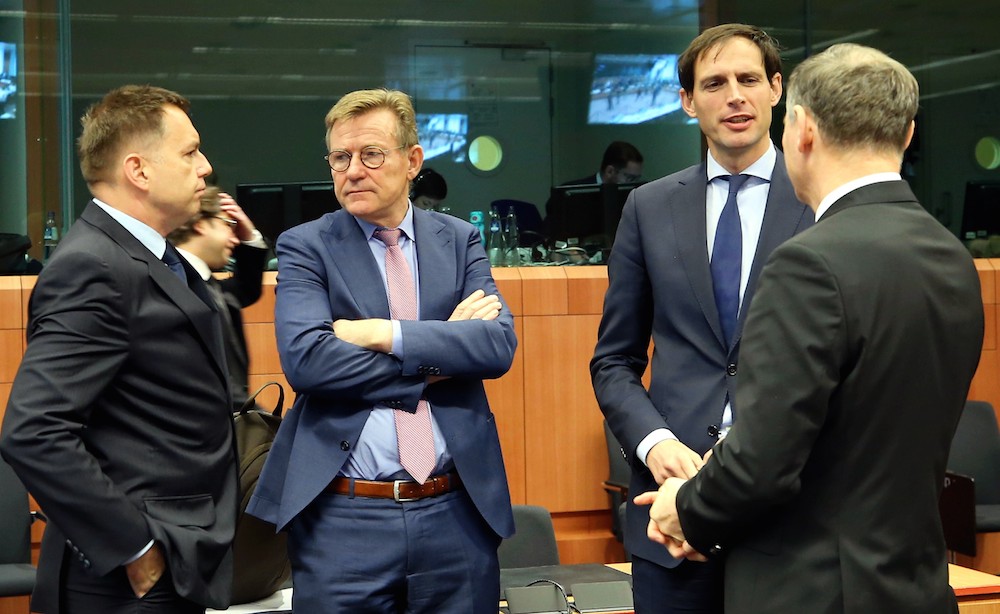 Dutch finance minister Wopke Hoekstra is told hold talks with other European ministers in the coming days to discuss ‘stronger economic and financial cooperation within Europe’.

His comments follow Monday’s meeting of EU finance ministers to discuss plans for a specific eurozone budget, a move which Hoekstra has described as being ‘less than convincing.’

‘It is important to join forces for these sorts of issues,’ Hoekstra said on Twitter on Tuesday, adding that he is in close contact with Germany, France and the rest of the Benelux countries.

Ahead of Monday’s meeting of EU finance ministers, Hoekstra said that Germany and France’s plan for a specific eurozone budget is ‘less than convincing’ and that it is ‘unclear why this would help and why this would be in the interest of Dutch citizens.’

On Friday, Paris and Berlin agreed on the framework of a eurozone spending plan to help promote greater convergence and help stabilise countries against future economic shocks.

France and Germany hope the new budget will be in place by 2021. As well as in the Netherlands, concerns remain in a number of other countries including the Nordic and Baltic states, Austria and Finland, the Financial Times reported.