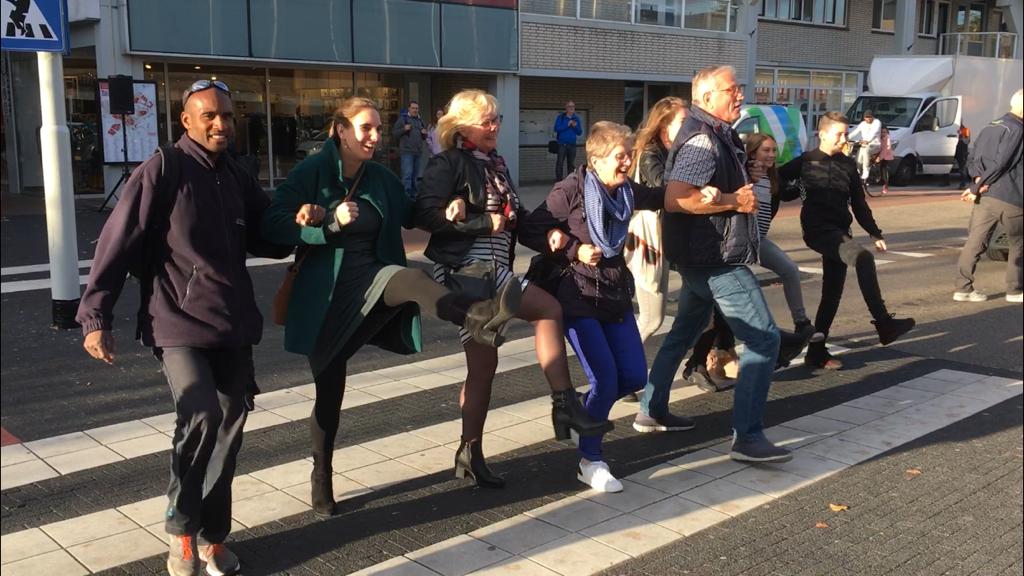 Why did the Spijkenisser cross the road? Who knows, but the real question is whether or not the walk was silly enough.

In what is believed to be a world first, the town of Spijkenisse near Rotterdam has unveiled an official sign asking pedestrians to cross the road in a comic way.

The town council has rebranded a zebra crossing with signs inviting members of the public to bring out their best Monty Python steps, in a tribute to the famous John Cleese sketch.

Aloys Bijl, a local civil servant, told the AD that he had suggested the idea after hearing about a similarly silly crossing in Sweden.

Jan Willem Mijmans, head of outdoor space at Gemeente Nissewaard, added that the stunt aimed to cheer people up but if it ‘ran wild’ and threatened road safety, then the silly walk sign would be modified.

He told the NOS broadcaster: ‘It’s fun to see people cross with a smile and we hope that a lot of people will do it.’

Officials stressed that vehicles at the busy crossing will be expected to stop when a pedestrian places a foot on the zigzag, however straight or crookedly.

Similar but unofficial road signs put up by an art collective in a small town in Sweden were criticised by the country’s government roads agency but reportedly not frowned upon by the local mayor.

The 1970 Monty Python sketch involving a fictitious ‘Ministry of Silly Walks’ is known as a comedy classic, and is also referenced in images on a 125-metre underpass in Eindhoven and a Zondag met Lubach spoof tourism video.