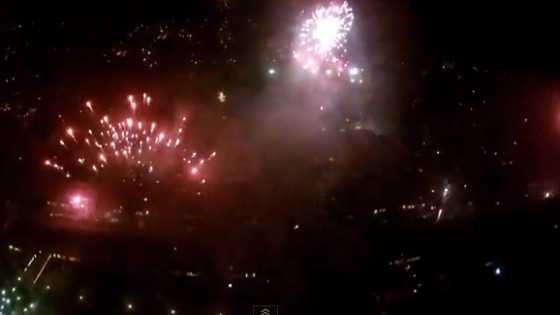 ‘The fireworks tradition is costing the police and the council millions of euros each year,’ the AD quotes Aboutaleb as saying. ‘The discussion about limiting the disruption and damage has been ongoing but unfortunately it has not led anywhere. Designated fireworks zones would make the work of the emergency services that much easier.’

Moves to ban consumer fireworks altogether in the four big cities were blocked by the government in June this year.

Rotterdammers will still be able to set off fireworks in their neighbourhoods but it will be done in locations which can be better supervised by police, the AD writes. The council has not yet said how big the zones will be or where they will be located.

Rotterdam has experimented with firework-free zones, for instance around hospitals, care homes and petting zoos but implementation has met with legal difficulties, the council said.

Designated area for fireworks would require an adjustment of the local bye-laws. The council still has to approve this, the AD points out.