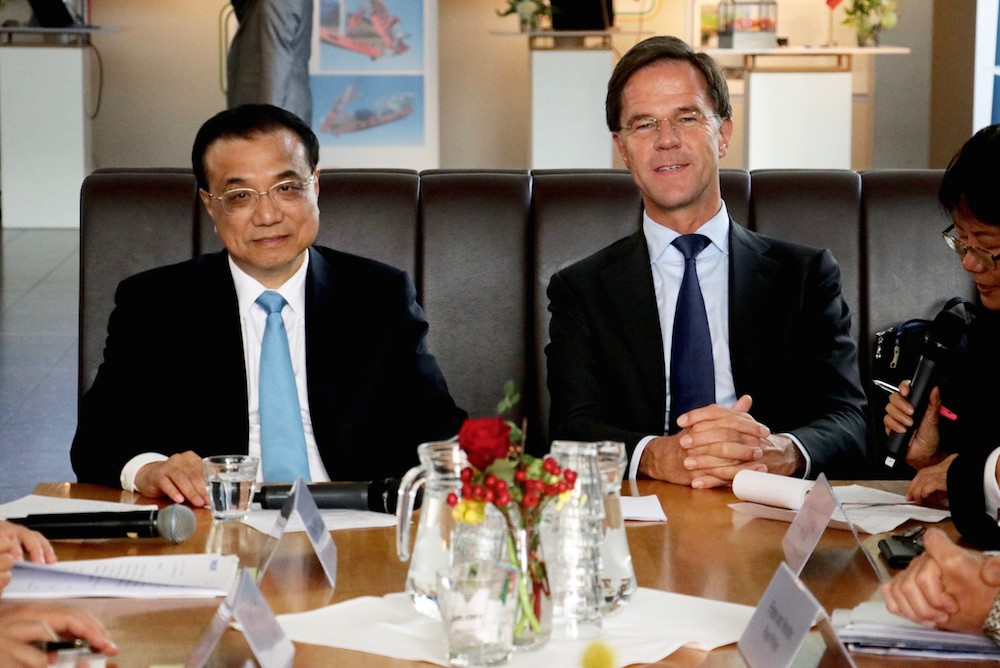 Mark Rutte and Li Keqiang at the Netherlands and China CEO Business Forum in The Hague. Photo: Abdullah Asiran / Anadolu Agency via HH

Dutch company Lithium Works has signed a deal to build a massive battery factory in China together with Chinese firm Zheijiang Jiashan. The factory will cover a 60 hectare site on the Yangtze delta and will cost €1.6bn to set up, the Volkskrant reported on Wednesday.

The two companies will each contribute around 25% of the cost, with the rest coming from banks, the Volkskrant said. Lithium Works, which currently has two small factories, one in Hengelo and one in China, says the new plant should be operational in 2021.

Company chairman Kees Koolen told the paper that he is pleased to work with the Chinese because the deal and the permits could be agreed in 100 days. ‘In the Netherlands, it takes me eight years,’ he said.

The signing ceremony took place during the visit to the Netherlands by Chinese premier Li Keqiang which ended on Tuesday afternoon.

During the visit Li told reporters that if companies are convinced China has stolen their intellectual property that they should make a formal complaint to him, via employers organisation VNO-NCW.

Employers leader Hans de Boer said the commitment by the Chinese to do ‘all they can’ to protect intellectual property is the most important aspect of Li’s visit to the Netherlands, the Financieele Dagblad reported.

According to national statistics office CBS, trade between the two countries is increasing. The Netherlands exported goods worth €11bn to China last year and imported €36bn worth of Chinese products.

Other deals signed during the visit include an agreement that KLM will maintain 138 aircraft motors belonging to Chinese airline Xaimen, a joint venture between ING and the Bank of Beijing and a deal between Shell and Chinese oil and gas giant CNCP.

In total, the deals agreed are worth up to €8bn, Nu.nl said.