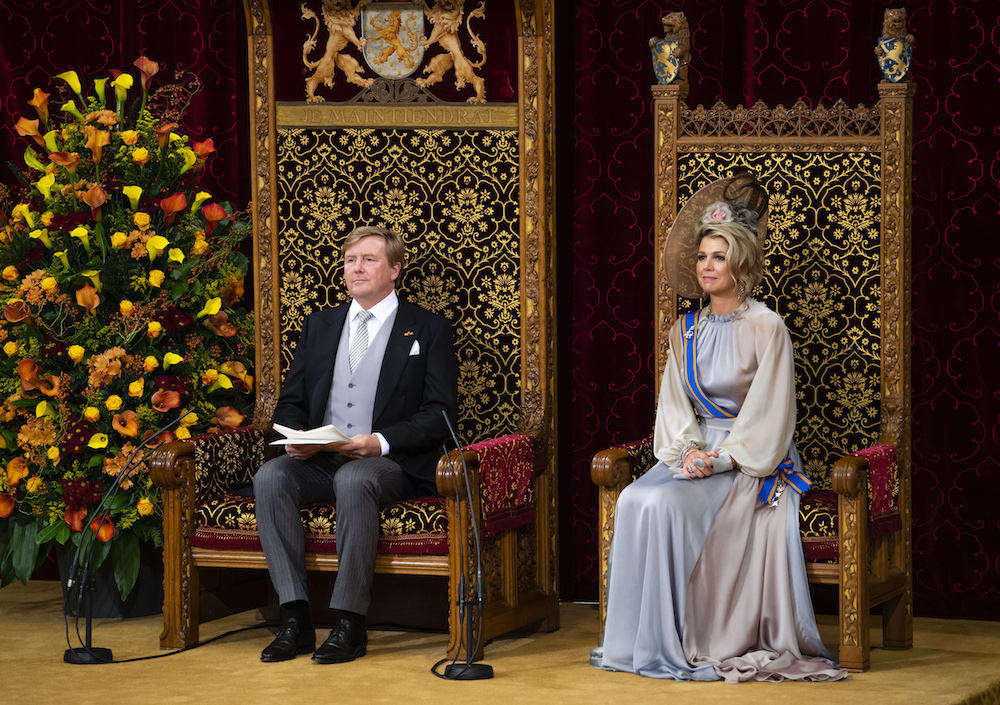 The Netherlands is a strong country but more people should feel that things are going well, king Willem-Alexander said on on Tuesday, as he outlined the government’s agenda for the next year to MPs and senators.

It is, the king said, 75 years ago that the Netherlands was liberated and the country which has been built up since then is a strong one, thanks to its democratic values, its healthcare, its education and the fact that people have roof over their heads.

‘The government wants to further improve this strong land,’ the king said. ‘The economic values are right and in 2019 the economy will grow for the sixth year in a row.’

‘This is therefore the time to decide what direction we should take,’ the king said. ‘To make choices that afford us room to manoeuvre and give us security, both in the here-and-now and for future generations. More people should have a tangible sense that things are going well: at home, at work and in their neighbourhood.’

‘Building a close-knit society is a matter for everyone in our country. Let us be clear: many things are going well. The Netherlands is a country of volunteers, churches and associations which joins together to celebrate special sporting achievements and national holidays,’ he said.

‘But where things are going less well, the government intends to take action. That can’t be done with a single programme or Act of Parliament, since a close-knit society involves all policy areas and all tiers of government.

The king went on to outline some of the measures the government is planning to make, all of which were already included the coalition agreement or which have been published since then.

The integration system will be overhauled and refugees will be encouraged to learn Dutch and work as soon as they arrive. The paternity and maternity leave systems will be expanded, the tax system reformed and the dividend tax will be scrapped ‘to make the Netherlands more attractive for both large and small firms.’

‘We aim to reward genuine business activity and to only welcome those companies that contribute to our economy. Action will therefore be taken to combat tax avoidance mechanisms such as shell companies,’ the king continued.

In terms of Europe, the king said 2019 will be an ‘intense year’ with the appointment of a new European Commission and ‘an unpredictable Brexit’.

‘The Dutch government will continue promoting a positive agenda for a better EU which concentrates on the essentials and sticks to its agreements,’ he said. ‘Together we need to deepen the single market and strengthen the single currency. Together we must stand up for the rule of law.’

‘Membership of the EU makes our country stronger in a world where power relationships are shifting and old alliances can no longer be taken for granted,’ the king said. ‘It is in the Netherlands’ interest that Europe continue standing up collectively for global free trade and against the threat of import tariffs and other trade barriers.’

The cabinet also recognises that with just 76 seats, that it cannot rely on broad majority support. ‘But in the Netherlands we have a long tradition of working together, step by step, to make our strong country even stronger,’ the king said.

‘The government wants to continue that tradition, together with you and with everyone in our country.

Read the full official translation of the speech in English