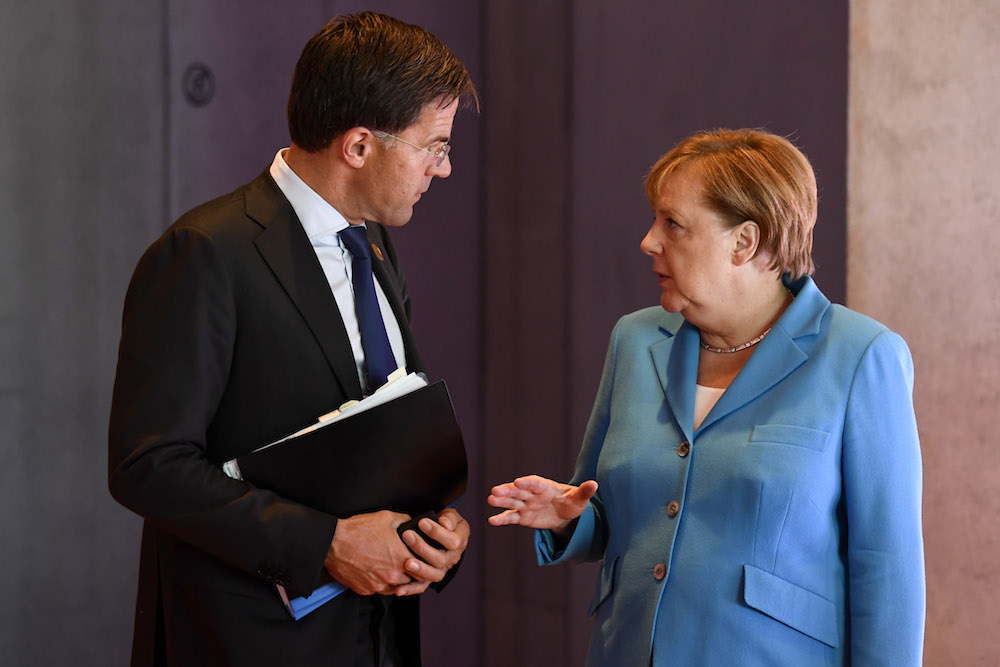 The Netherlands is better prepared for a hard Brexit that Britain, Dutch prime minister Mark Rutte told reporters on Thursday, after he was quizzed about progress on the departure talks.

Speaking in Salzburg after an informal summit, Rutte said he acknowledged the fact that British prime minister Theresa May was trying to put serious proposals on the table, but that there were still questions, some serious, that have to be answered.

‘I am still confident that we can come to an agreement this year and the Chequers proposal is helpful, but it is not the outcome,’ Rutte said.

Asked about a report stating European airports, Schiphol in particular, were not ready to deal with the change and that this meant the Netherlands is not ready either, Rutte said: ‘I think we have made more preparations for a no deal than the United Kingdom has… But of course, there are many issues to be dealt with… and we are dealing with them one by one.’

In Tuesday’s budget presentation it emerged the government has set aside an extra €100m to prepare the Netherlands for Brexit. This includes the appointment of 900 new customs officials plus product safety inspectors.

Rutte went on to say that the 27 EU members are united in their approach and that he is convinced that unity is not under threat.

‘We all want to have a strong relationship with the United Kingdom, 65 million people and a huge market,’ he said. ‘But at the same time, we want to maintain the integrity of a single market which serves 420 million customers who are staying behind.’

‘We do not want to take decisions about the 65 million which could hurt the 420 million,’ he said.

Later the prime minister published a statement outlining what had been achieved during the talks, which included a briefing by Brexit negotiator Michel Barnier and work on migration issues.

‘We’re working on an approach based on the agreements made in the European Council in June. These are: tackling the root causes of migration, strengthening the EU’s external borders, making agreements on the disembarkation of migrants – on both the North African and Southern European coasts – and reforming the common asylum system,’ the statement said.

The statement was dismissed by Thierry Baudet, leader of the right-wing and anti-EU Forum voor Democratie as a job application. ‘The prime minister is ready for it. He is openly applying for a European job.’

Rutte has denied several times that he is after the EU presidency when Donald Tusk hands over the post next year.