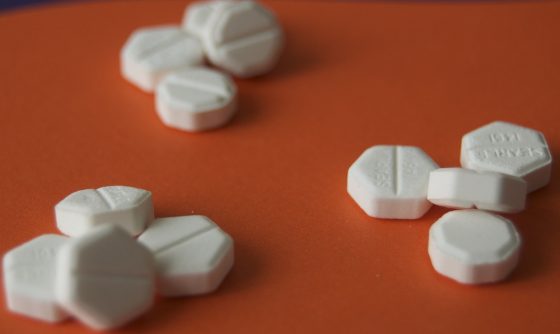 Pills to bring on an early abortion. Photo: Women on Waves

A state-subsidised organisation that provides support for women who are considering an abortion is ‘not neutral’ and is ‘hiding its Christian agenda’, according to  the Groene Amsterdammer.

Siriz, one of two organisations in the Netherlands which help women who are facing an unwanted pregnancy, is trying to dissuade women from having a termination by emphasizing the ‘regret’ they will feel afterwards, the magazine said.

The organisation received a hike in subsidies from €700.000 to €1.5m a year in 2013, after an amendment by an MP from the fundamentalist Christian party SGP was passed in parliament.

Siriz, which was established in 2010, has close links with the anti-abortion group VBOK, which opposes ending pregnancies on orthodox Christian principles. Its mission is to ‘emphasise other possibilities than abortion but not go to extremes to prevent it’, director Johan van Veelen said at the time.

In a reaction to the Volkskrant, the organisation said ‘the protection of the unborn child and the woman’s right to decide are taken into consideration but the woman has the final word’.

But the Groene Amsterdammer says the ‘open arms’ approach of the organisation – a strong online presence and a policy of actively contacting women by Whatsapp or chats – is similar to that of pro-life organisations in Britain and the United States.

One women was asked in a chat to consider if she would think an abortion had been  ‘the right decision, looking back on it as a little 80 year-old lady’, the paper writes.

The organisation also provides incorrect medical information, according to gynaecologist Gunilla Kleiverda, who posed as a pregnant woman in need of advice. She was told a subsequent pregnancy would be more difficult and that an abortion would cause an infection.

‘Siriz gives incorrect information to deter women,’ the paper quotes her as saying.

According to UMC professor Ella van Laan it would be better to spend money on promoting awareness and putting the contraceptive pill back in the basic insurance package.

‘Extra money for support to women coping with an unwanted pregnancy is ‘a useless, ideological investment’ (..) ‘30,000 abortions are taking place each year in the Netherlands and that puts it among the lowest per capita. We’re doing really well!’, she told the paper.

Labour MP Lilianne Ploumen has announced she will bring the matter up during next week’s budget talks when she will also ask ministers to up the subsidy for FIOM, the other support organisation for women.

‘This subsidy seems to be purely ideological and not based on facts. (..) The government only finances neutral support and it is clear this is not,’ she told the paper.